When deciding whether to ditch the hammer and hire a professional for a home project, homeowners unfailingly ask themselves: “What’s it going to cost?” HomeAdvisor helps answer that question with True Cost Guide – a searchable database that gives homeowners an idea of what they can expect to pay for projects in their area.

What’s in this Report:

How does HomeAdvisor know how much projects cost? We’ve collected project details – including cost, duration and other considerations — from over one million homeowners for more than five years. And we’ve turned the information we’ve received into a robust tool housing cost information for over 350 project categories — a byproduct of which is unique insight into how homeowners research project-related expenses.

HomeAdvisor appreciates that our findings are too valuable to keep to ourselves. So, we’ve compiled the wealth of information we’ve collected through True Cost Guide — as well as through our website and a homeowner survey — into the 2015 True Cost Guide Report.

“What the report uncovered is homeowners want a better way to research home project costs,” said HomeAdvisor’s CEO Chris Terrill. “More than a third of homeowners don’t know how much it will cost to hire a professional for home projects and 68 percent of homeowners are concerned about overpaying without a reliable source for cost information.”

The purpose of the True Cost Report is two-fold: 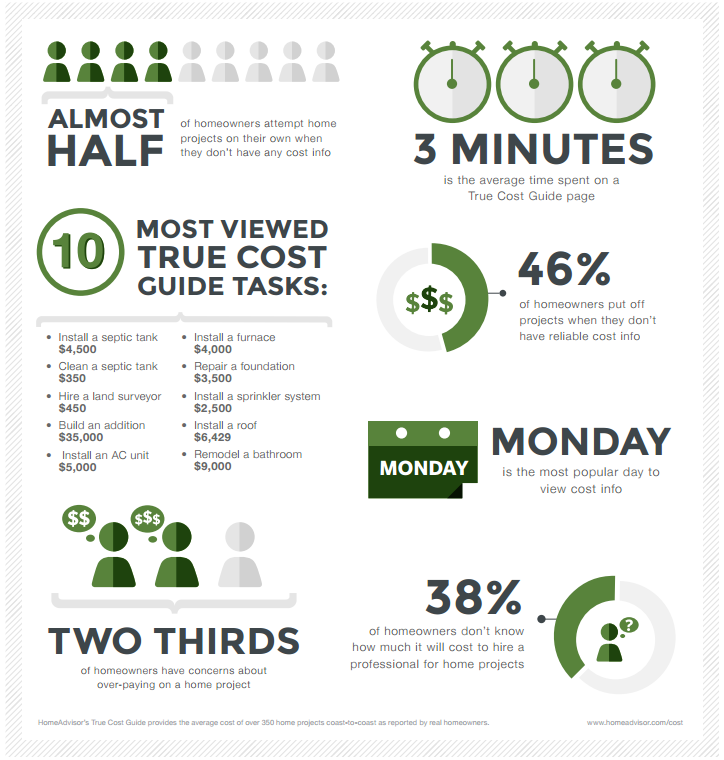 Almost half of all homeowners will put projects off or attempt to complete them on their own when reliable cost information is unavailable. More than any other age group, Millennials attempt to complete projects themselves when they think hiring a professional is too expensive (64 percent) or put a project off when they don’t know how much it will cost (52 percent).

3. Cost Research Determines To DIY or Hire a Guy

5. Homeowners Hire More for Maintenance, But Spend More for Improvements

6. Home Projects are Top of Mind on Mondays

7. Suspicion of Professional Estimates is Founded

Nearly one half of homeowners distrust professional estimates and assume they will pay more. This suspicion is seemingly founded, as 35 percent of homeowners report paying more than originally quoted for projects.

When homeowners were surveyed about the project costs for 20 common home projects, the majority of homeowners who incorrectly estimated a project price, guessed less than the actual project cost.

9. Septic Tanks and Installing a Sprinkler System Most Viewed Tasks

Over the last 12 months, homeowners most frequently viewed True Cost Guide pages related to installing and cleaning a septic tank. Homeowners also frequently viewed the price of hiring a land surveyor, building an addition, and installing a sprinkler system. When surveyed, less than a third of homeowners know how much it costs to install a sprinkler system. 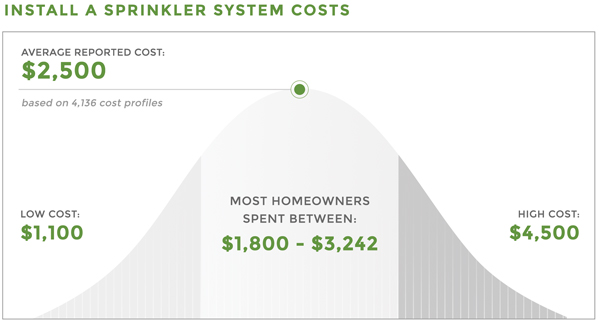 Data from HomeAdvisor’s True Cost Guide and service requests submitted through HomeAdvisor.com reveals current trends for popular home projects, including the cities in which the projects are most and least expensive to hire a professional to complete.

The cost of remodeling a kitchen will vary depending on the size of the room, the quality of the appliances and materials used, and whether homeowners change the layout of the room. 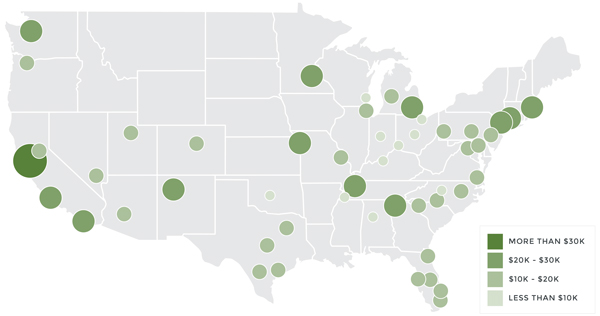 The cost of remodeling a bathroom depends on the size of the room, the materials used, and the amenities upgraded (i.e., bathtub, cabinets, countertops, flooring, sink, and shower). 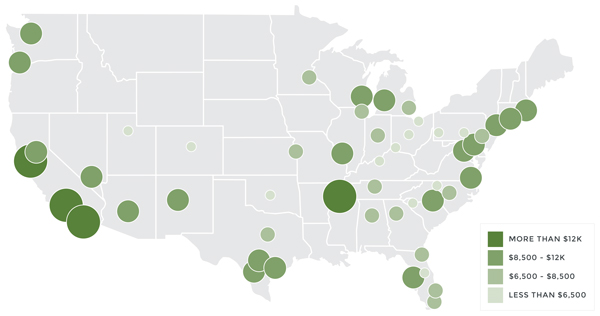 The size of the project is the largest factor determining the cost of painting a home exterior, as it impacts how much paint, time and labor will be required to complete the job. 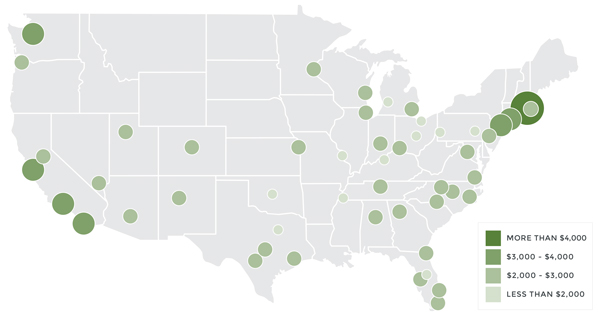 You can download the PDF of the True Cost Report here.