Aging in Place With a Little Help from Roommates, Neighbors and Teenagers

Seniors without the support network of family members or caregivers who are still intent on aging in place might find inspiration from the 1980’s sitcom “The Golden Girls.” Turns out, the over 50 television roommates Blanche Devereaux, Rose Nylund and Dorothy Zbornak were on to something – living together in retirement in their fictional Miami home – that shared senior living can be an affordable, safe and comfortable living arrangement.

As a matter of fact, a growing number of baby boomers are turning to shared living as an aging in place housing option. A 2014 AARP analysis of census data found approximately 132,000 households and 490,000 women over the age of 50 living with non-romantic peers. According to other stats compiled by AARP, one-out-of-three baby boomers will face old age without a spouse, women, on average, live about five years longer than men and since 1990, the overall divorce rate for the 50-plus demographic has doubled.

“One of the things I like the most is that when I walk in at night somebody says ‘how was your day?’ and there’s someone there to chit chat with,” says Bonnie Moore, founder of the Golden Girls Network in Bowie, Maryland near Baltimore. The company connects older women across the country and helps them find roommates in their area through a national database.

Moore, 70, started Golden Girls Network after divorcing her husband in 2008 and simultaneously losing all the equity in her five-bedroom home during one of the worst recessions in U-S history. The retired lawyer now lives with three roommates and plans to stay in her house for as long as possible.

“At that point in 2008, it was not a common thing for mature women to be living together but it was something I needed to do to save my house,” says Moore. “I realized there were a lot of women like me – middle aged, suddenly divorced and with not enough money. Women in my age group expected to be married and have a house with white picket fence and everything would be rosy. But that has not been happening for us.”

Golden Girls Network launched its database in 2014 and has registered 1,240 people in 48 states. Two-thirds of those want to be roommates and about a third have homes available.

“You don’t want to be alone. Loneliness is probably one of the biggest factors in having difficulties as you age in place,” says Moore. “There are physical factors like getting sick or falling down and you need someone to call an ambulance for you or take you to the emergency room. It’s just very difficult to navigate the older you get. And so the value of having roommates is that there’s someone there if you need them.”

Moore’s written a book called How to Start a Golden Girls Home with tips to help make your home attractive to roommates, questions to ask in a roommate interview and other advice and guidance about seniors sharing homes.

Another aging in place innovation is happening in the Baby Boomer capital of the US – Denver, Colorado – where Boomers make up nearly 33-percent of the city’s total population of 2.4 million people. A Little Help uses the ‘Village’ model by connecting people who live nearby as neighbors whether they are aging in place or not. The program promotes interdependence across generations.

“One of the reasons folks want to age in place is because they want to be part of the mix in their neighborhoods and places they’ve chosen to live. And in the mix means there’s a mixture of folks,” says A Little Help Executive Director Paul Ramsey. “Elder care facilities are very homogeneous and Denver – like Baltimore and Austin – is extremely gentrified, so there are people who’ve lived on the same street for 50 or 60 years who don’t know anyone on their block. We partner with schools, scout troops and professional organizations to help make introductions to seniors in particular area.”

A Little Help’s Teen Team program also pairs middle and high school students with aging in place seniors who share their experience, wisdom and life stories with the students. The teens build relationships with their senior neighbors while helping with household chores, yard work or technology.

“Our elders know they have wisdom to share, a story to tell and a skill set to give to the younger generation. And for the teens, it’s an experience they’re not getting anywhere else. I think that has injected a huge amount of energy and reciprocity into the community.”

Research conducted in areas around the world where people live the longest shows that those who live longer, healthier lives do so by having close relationships with neighbors and by constantly finding new purpose as they grow older.

“There are several people who are in their late 70’s or early 80’s who are some of our best volunteers and staff. The give and take makes them feel essential,” says Ramsey.

A Little Help also connects senior members with a variety of services such as transportation, landscaping and home repair by coordinating vetted service providers and neighbor volunteers.

In August, Colorado’s governor announced formation of a Strategic Planning Group on Aging Issues. The group’s goal is to identify resources to help meet the needs of the state’s aging population in areas of housing, healthcare, diversity and transportation.

Ramsey, who serves as Chairman of Denver’s Commission on Aging, says it’s never too early to start preparing for aging in place. “You need to figure out who the best allies for you are, so that you’re educated and that the conversation that you’re having with your loved ones comes from a place of strength not weakness. The more knowledgeable you are and the more connected you are to experts in the field, the more adept you’re going to be at navigating the aging process and aging in place.” 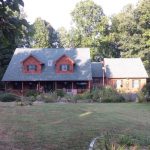 Retiring in Your Own Home: How Baby Boomers Can Age In Place 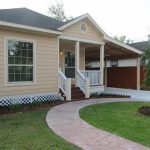 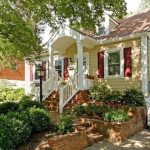 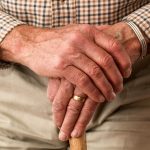 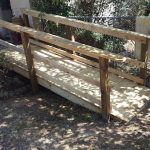