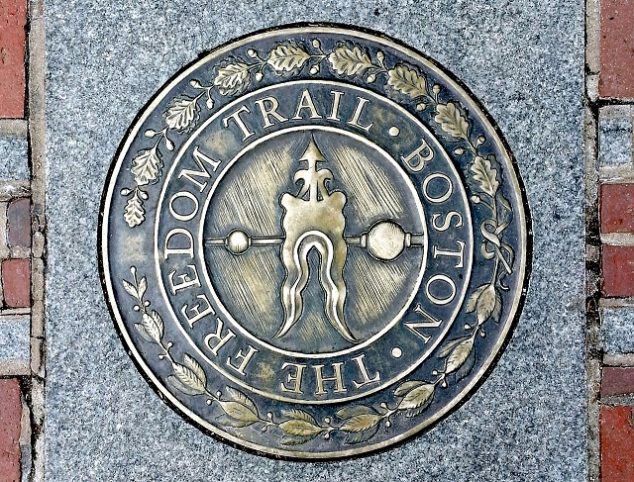 Settlers from Europe landed in the New World to establish a new life. Many of the settlements they created were in what are now Virginia and Massachusetts. Because of these early settlements, much of our nation’s founding history is centered around coastal former colonies such as Philadelphia, New York City and Boston. Each played important roles in the American Revolution–especially Boston.

From colonial area events such as the Boston Tea Party, to the ride of Paul Revere, to the Battle of Bunker Hill, Boston played a vital part in the revolution. Today, visitors can relive many of the historic moments in the colony’s fight for freedom. Many of these historic locations can be found near The Freedom Trail.

The Freedom Trail is a walking path that goes through the streets of Boston. The trail starts at the Boston Commons and winds 2.5 miles to the Bunker Hill Memorial. The trail passes 16 historic locations in the city such as the Old State House, the site of the Boston Massacre, Faneuil Hall, the Old North Church, and the USS Constitution. At each of these stops you can visit the historic site and learn more about its place in the history of the United States.

To learn more about the history of Boston and the role it played in the American Revolution (and if you can’t visit in person) use these websites to go on a virtual tour of The Freedom Trail.