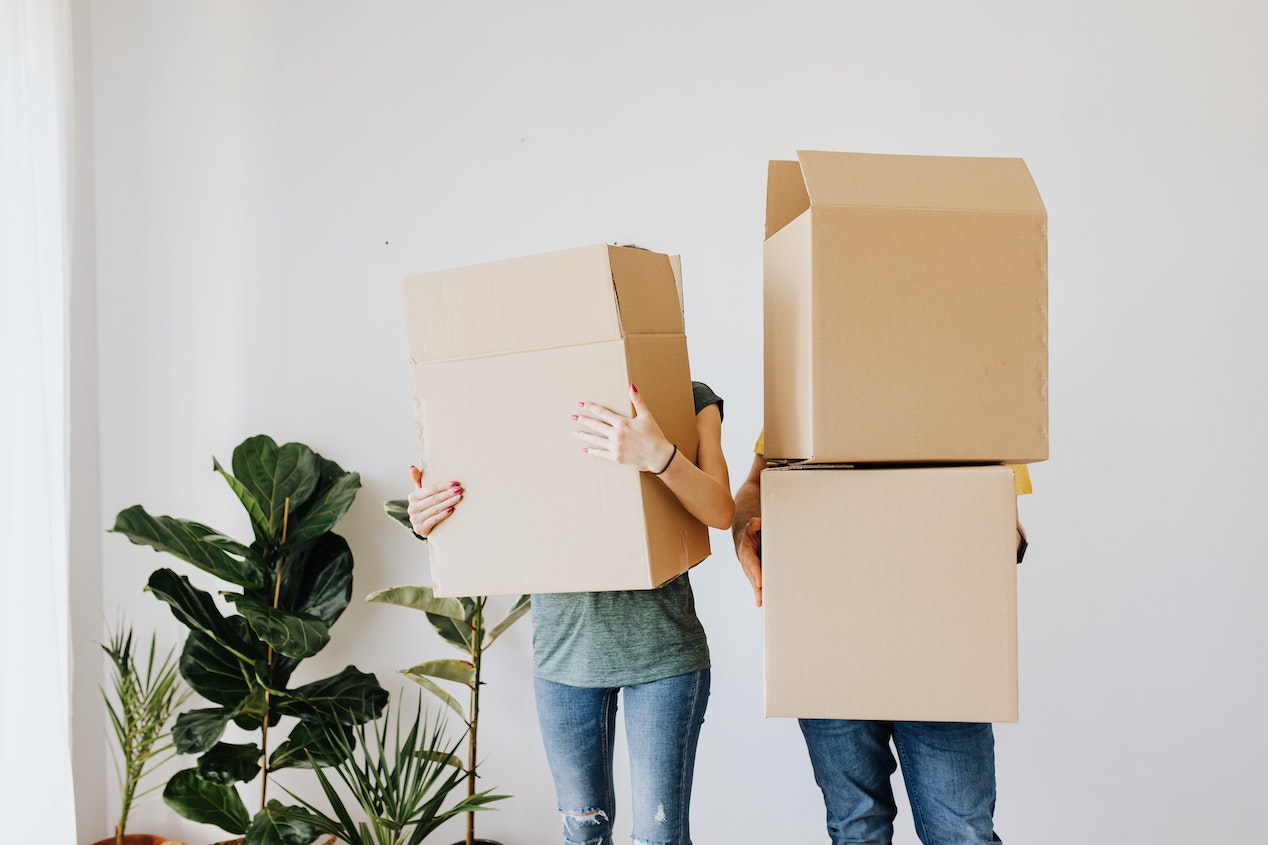 Buying a new home is one of the most exciting times in your life, but if you’re moving into a previously occupied home, you may find yourself facing unwelcome surprises in the form of issues left behind by its former owners.

These occurrences can leave new homeowners frustrated and on the hook for the repair bill. We surveyed nearly 2,000 Americans to learn about what issues they faced and how much it took to fix them. Along the way, we discovered just what the most common problems were and how people addressed them.

An overwhelming majority of homeowners (85%) have had to fix at least one problem they were unaware of when purchasing their home.

How serious are the issues? Bad enough that one in three say they wouldn’t have bought the house if they had known, and more than three in five have considered taking or have taken legal action. Considering the cost, that’s not surprising: On average, homeowners spent over $7,000 fixing issues left behind by previous owners.

When it comes to where the issues were, two rooms with plumbing connections topped the list: Bathrooms needed the most repair at 53%, followed by kitchens at 46%. Rounding out the top five were bedrooms (38%), living rooms (34%) and dining rooms (29%).

In light of those findings, you might expect plumbing issues to be the most common, and as we’ll see a little later, problems with piping aren’t uncommon. But our survey found that electrical issues were the most likely to cause problems, with 40% of survey respondents saying they’d encountered such problems. Drainage and roofing were close behind at 39% and 37%, respectively, while 27% of survey participants flagged ventilation and the same percentage pointed to flooring. 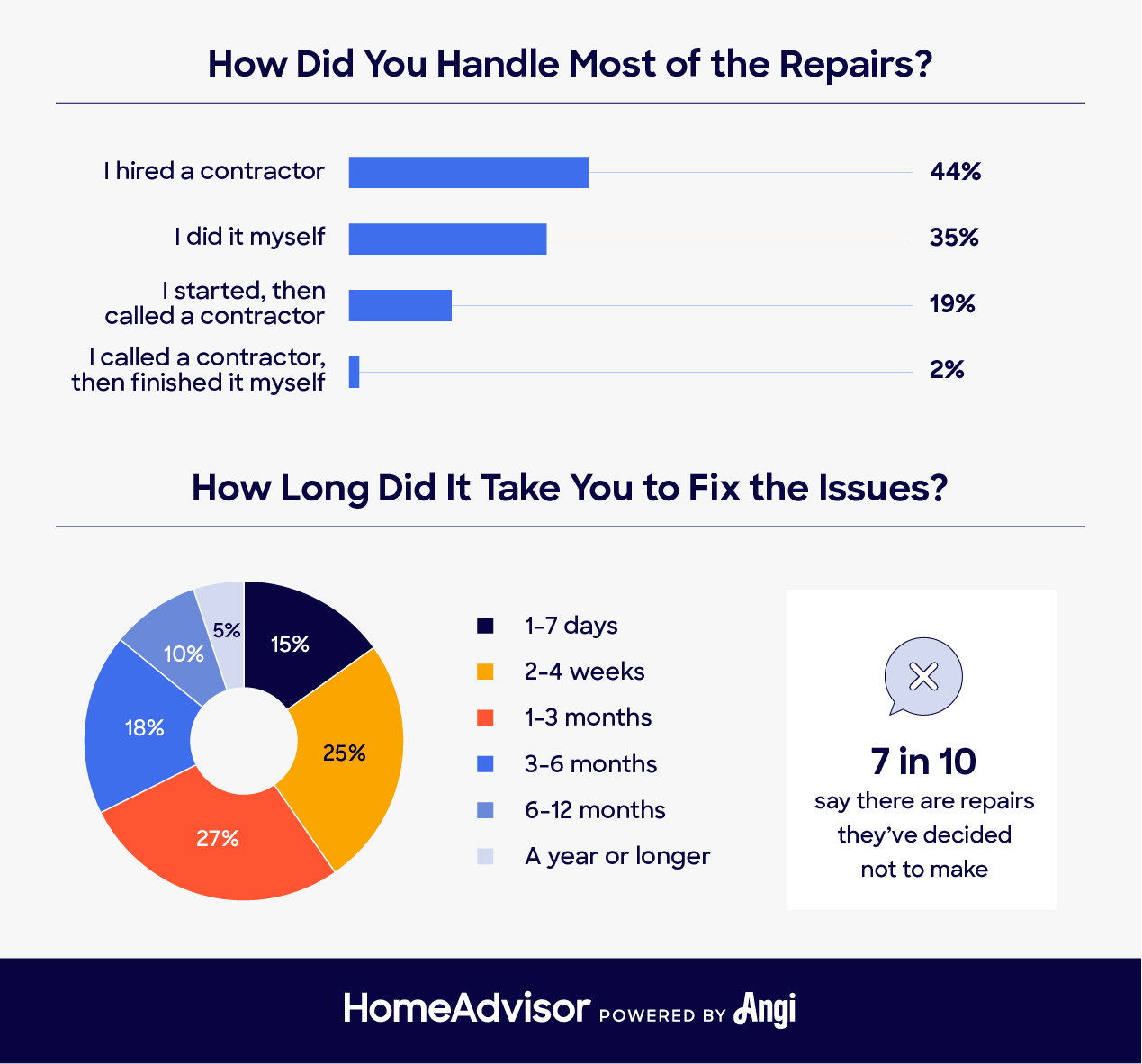 How New Homeowners Handle the Costs Associated with Home Repairs

Sure, issues left behind or ignored by previous owners are an unwelcome surprise, but even run-of-the-mill maintenance and repairs can also feel like they’ve come out of nowhere.

When asked, respondents said they had spent an average of over $15,000 on repairs for their home, and almost half of that ($7,168) came just during their first year. It seems to suggest that, in addition to unresolved issues left over from the previous owners’ tenure, run-of-the-mill maintenance can also come as a surprise to new homeowners.

Clearly, these repair bills add up. Sometimes, they can simply put a strain on your pocketbook, and other times, new owners may not have the budget to take care of them.

In our survey, three in four respondents said they weren’t prepared for the costs, and one in five said they didn’t have an emergency fund for unexpected expenses when they bought their home. Moreover, one-quarter of them said they had less than $1,000 available for repairs. 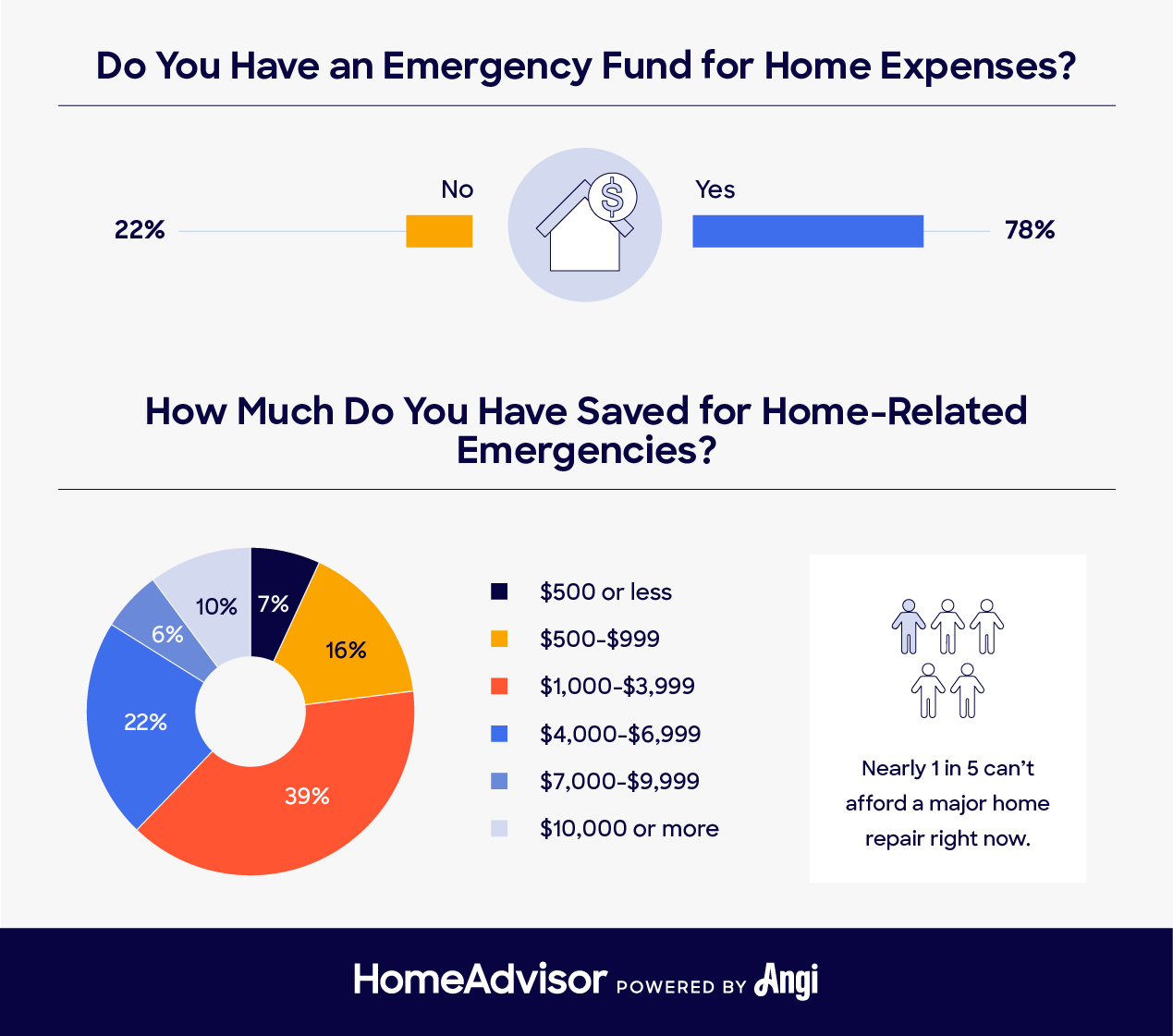 Some opted not to make certain repairs altogether, and one in three of those said they skipped them because they’re too expensive. One in five said they simply couldn’t afford a major home repair costing more than $1,000. 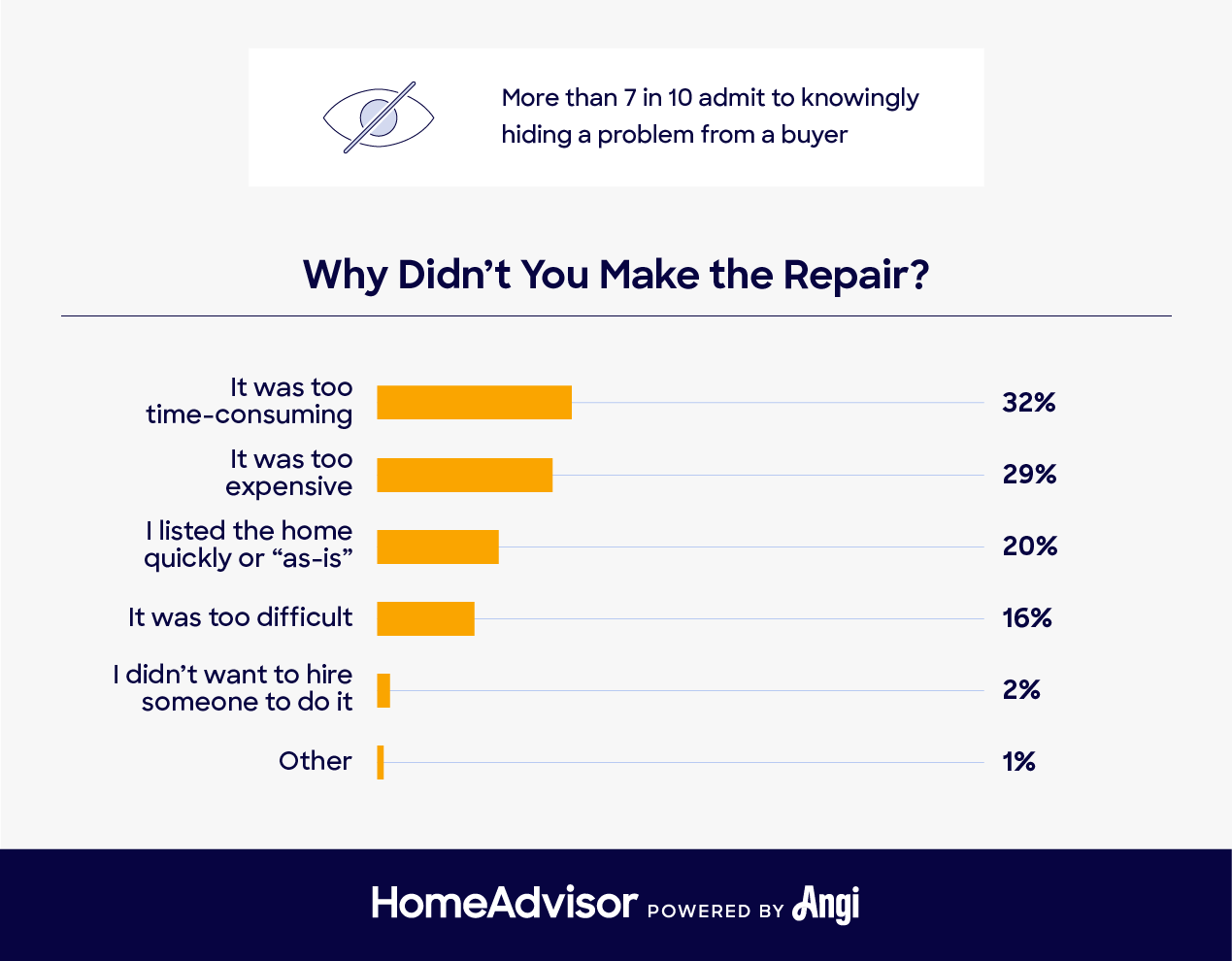 Unexpected costs in the first year came from a variety of sources, most commonly involving regular maintenance or repair. Forty-six percent of respondents said they’d encountered that kind of expense, with updates and improvements ranking next at 37%.

Plumbing problems ranked next on the list, with one-third (33%) needing to address those and nearly as many (32%) citing electrical issues. Rounding out the most problematic issues was fencing at 28%.

Why We Take Home Repair Shortcuts—and What Happens Afterward

Considering the costs involved in making home repairs, it should probably come as no surprise that three in five survey participants admitted to knowingly taking a shortcut when it came to home repair.

Most aren’t worried about the effects these projects will have on the home’s future owners, and three in four acknowledged not mentioning the underlying problems to buyers when it came time to sell. Most often, they opted not to make the repairs for one of two reasons: 32% said they were too time-consuming, and 29% said they were too expensive.

In attempting shortcuts, rather than turning to a contractor for advice (less than 5% did), homeowners were most likely to get their ideas from the internet; friends and family were the next most likely sources.

They were most likely to take shortcuts in the living room and bathroom, at 47% each, followed closely by the bedroom at 46%, dining room at 41% and kitchen at 38%.

With electrical problems being among the most common issues that homeowners encountered, it’s perhaps natural that they should be the kind of problems most often addressed by shortcuts. A full 46% of respondents said they’d done so.

Other common shortcuts involved roofing replacement or repair at 37%, drainage work at 36%, flooring at 33% and ventilation or windows at 31%. It’s worth noting that many of these, especially electrical and roofing, are some of the most important aspects of your home and the most dangerous to work on yourself. We’d always recommend working with a pro here.

The Most Common DIY Repairs

Nearly three in four respondents said they had done a substantial do-it-yourself project to their home, most commonly in the bathroom, at 59%, and the kitchen at 58%.

Half of the respondents said they’d done a DIY repair job in a bedroom, 44% in the living room and 27% in the dining room. 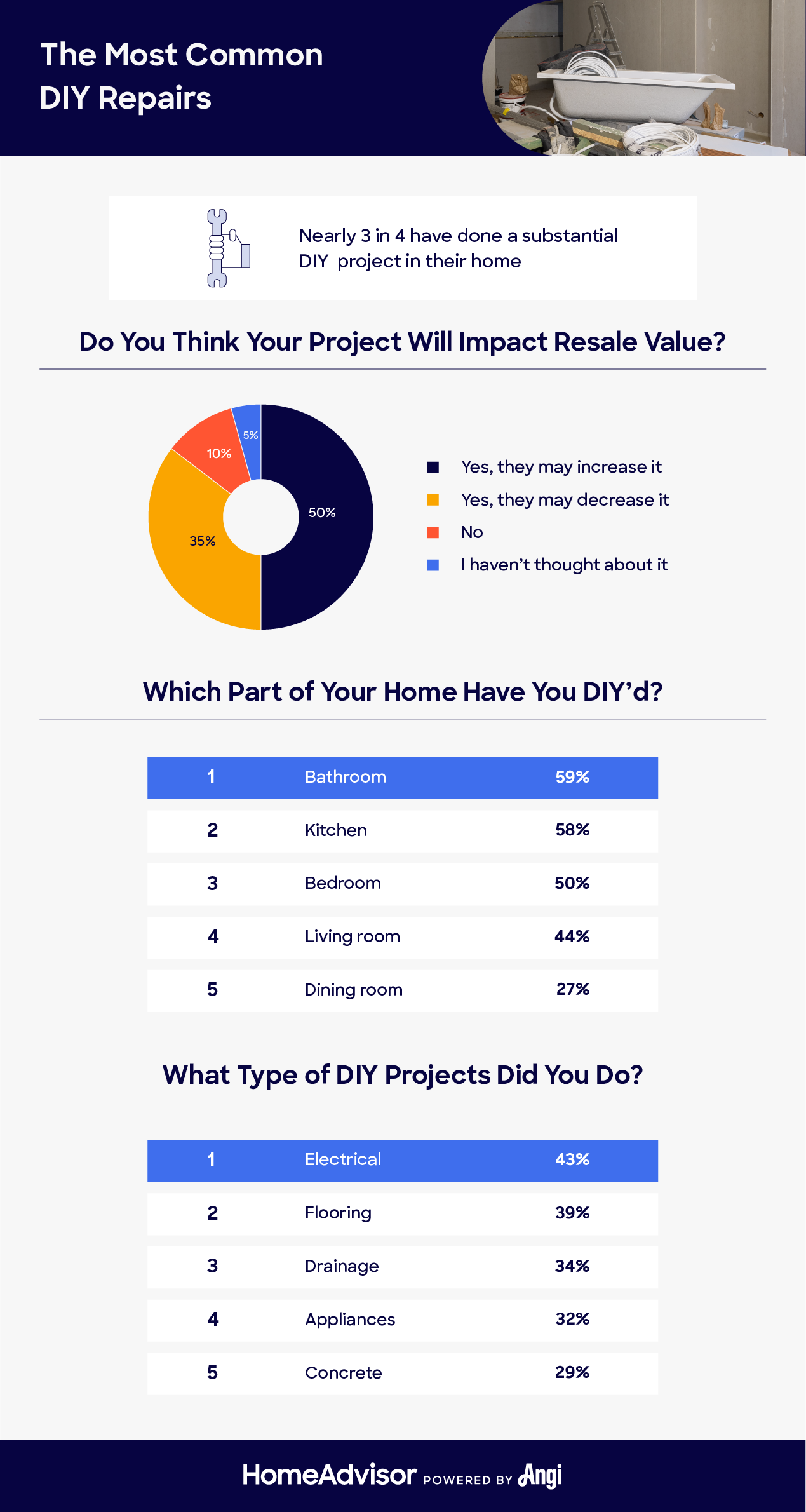 The most common projects involved electrical work at 43%, flooring at 39%, followed by drainage at 34%, appliances at 32% and concrete at 29%.

And it seems like people had pretty mixed reviews of their own work: Half of the respondents believe the projects will increase their home’s resale value, but 35% believe they may actually decrease it.

If you are worried about a potential repair or upgrade to your home, you don’t need to do it yourself. Whether you need help with roofing, heating and air conditioning work, flooring, plumbing, or electrical work, there are professionals in your area who can help with the job. How well your repairs are done may play a significant role in your comfort now, as well as your home’s resale value in the future.

Methodology: Between September 27 and October 1, 2021, we surveyed 1,900 homeowners about their experiences in fixing previous homeowners’ mistakes. 44% were female, 56% were male; on average, respondents were 37 years old; 78% were married. All respondents bought their homes within the last five years; 55% of homes were less than 20 years old, and 67% were single-family homes, 15% were townhomes, 11% were condominiums, 6% were multifamily and 1% were co-ops. 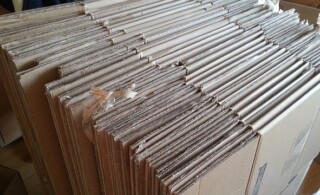 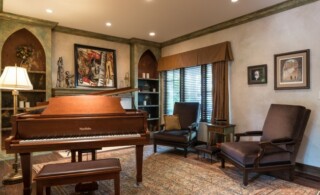 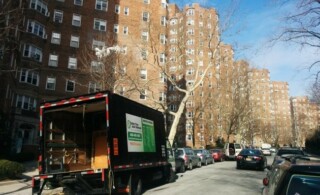 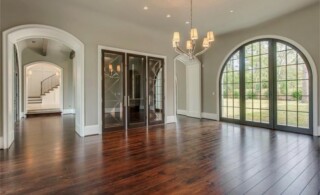 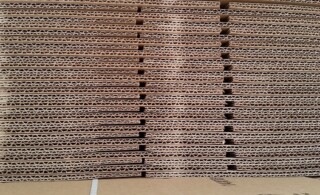