Costs for Popular Improvements in Boston 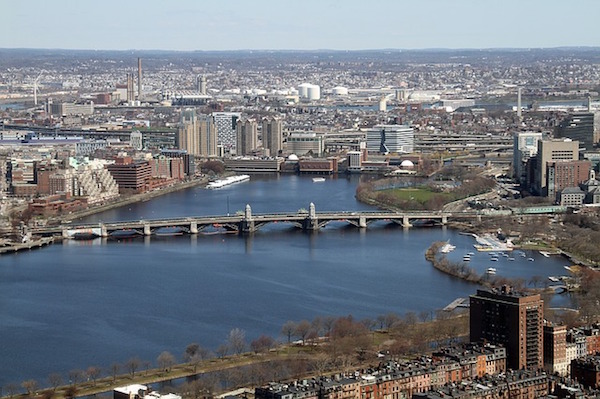 The holidays are past, the long Boston winter has set in, and for most Bostonians any thoughts of remodeling and home improvement have been put off until spring. If that sounds familiar, here’s some fat for you to chew on: late winter and early spring are actually some of the best times to get started on a major home improvement in Beantown. Contractors are readily available, you’ll likely be able to set the project in accordance with your schedule (instead of theirs), and you’ll be beating the big spring home improvement rush that hits in March or April when the Mercury starts to rise.

That being the case, here’s a list of some of the most popular home improvement projects in the Cradle of Liberty, along with figures for average costs and project durations that have been collected from our own in-house research and more publicized sources such as Remodeling Magazine’s 2006 Cost vs. Value Report. We realize that choosing the right project is often a balancing act between your dream remodel and your real life budget. Hopefully the information that follows gives you a better idea of what to expect so you can make the best decision about which home improvement is the best fit for you.

Kitchen remodeling has moved far past basic home improvement status. Now that the kitchen has supplanted the family room as the heart of the American home, kitchen remodeling can easily end up more akin to artwork than construction. Custom-cut granite countertops, custom hardwood cabinetry, breakfast bars, kitchen islands, kitchen nooks, cutting-edge appliances, and stunning interior and architectural design all make the sky the limit if you decide that it’s time to pour some money into your culinary dream. As for cost, kitchen remodeling isn’t cheap. Based on HomeAdvisor.com’s own data, a typical kitchen remodel in Beantown averages $29,000, though we have records of jobs in our system that ran as little as $12,000 and others that cost as much as $60,000. Those numbers are more or less in line with the findings of Remodeling Magazine’s Cost vs. Value Report, which puts the national average for major kitchen remodels at $59,000 and the cost for minor remodeling projects much lower at $19,000 per job. How long does a kitchen remodel take? Our data reveals an average timeline of 35 days, start to finish.

Any real estate agent in Boston will tell you that the two best investments you can make in your home, especially if you’re concerned with re-sale values and wooing potential homebuyers, are bathrooms and kitchens. Fortunately for homeowners who can’t afford the high costs of kitchen remodeling, the final price tag of re-doing your bathroom is quite a bit cheaper. Remodeling Magazine’s Cost vs. Value Report 2006 found an average price of $14,800 for bathroom remodeling projects, while our own numbers, drawn from our experiences working with actual consumers, revealed an average of $9,400. That might sound like a pretty wide gap between costs; though when you take into consideration the highest remodel in our books ran $25,000, that $4,500 disparity between the data gathered by HomeAdvisor.com and Remodeling Magazine doesn’t seem like all that big of a disparity after all. As for how long it’s going to take, there is not a big difference between bathroom and kitchen remodels. Our findings indicate an average of 30 days.

If you’re looking for a remodeling project that’s virtually unstoppable in Boston’s current home improvement market, you won’t find a project with a bigger head of steam behind it than basement remodeling. As with kitchens, these remodels aren’t cheap. Our in-house research puts the average for one of these jobs at $18,800, and our highest-recorded job logs in at $50,000. If you’re looking to take some of the sting out of that hefty price tag, think about all you get with an average basement remodel. Extra bedrooms, a home office, and a large rec area can often be incorporated into a single remodel, making this one of the best ways to transform your dark and dingy basement into lots of extra square footage with a single home improvement.

Installing a new roof isn’t so much a question of whether you want a new roof as it is a question of whether you need one. A failing roof is no laughing matter. Once you start seeing lots of missing, bare, curling, and/or buckling shingles, there’s a pretty good chance your roof is no longer doing its job. That can mean roof leaks, and even a small roof leak can cause tens of thousands of dollars of damage if left unchecked. Compare that to an average cost of $7,500 for a new asphalt roof in Boston, and this investment should be a no-brainer for any homeowner in the greater Boston area. Add to that an average project duration of two days (yes, you read that right: two days!), and not only is this home improvement a smart move when it comes to protecting your home, it’s a relatively painless one as well.

Vinyl siding used to have a reputation for growing brittle and cracking in the face of extreme cold, which didn’t make it a great match for Boston’s legendary winters. The new generation of vinyl siding, however, is up to the task and ready to roll for homes across Greater Boston. Not only is it less susceptible to problems caused by extreme temperatures, it also holds its color better, insulates more efficiently, and looks better than past vinyl siding products. How much does a new vinyl siding installation run these days? Our data shows that an average vinyl siding installation in Boston runs $9,500 and takes 12 days from start to finish, which is right in line with the 2006 Cost vs. Value Report findings of $10,250 per job.

If you’re in the market for a home improvement project that’s relatively inexpensive compared to most, yet can transform the look of your home like no other, call a house painter about slapping a few fresh coats of paint on your Boston home. You shouldn’t have much trouble finding one. Boston’s combination of high humidity, heavy precipitation, brutal winters, and coastal weather is notoriously rough on exterior paint, making it a good place for painters to set up shop. As for how much it’s going to cost you, an average exterior paint job in Boston runs $5,100 based on our data, and takes about 10 days to complete. Keep in mind that that cost can vary significantly depending on your home. Our cheapest recorded paint job cost barely more than $1,000, while the most expensive one topped the $10,000 mark.

A well-planned, properly built deck is like adding a new room, or floor, to your home. After all, it’s a place where you can do everything from kicking back with a good book on a pleasant spring day to hosting a Fourth of July barbecue that keeps the neighbors up until dawn. However, this is one home improvement where you don’t want to bargain shop. Quality materials mean a deck that will last the lifetime of your home. Cheap ones mean your deck will likely succumb to damage from climate-related wear and tear in just a few odd years. If you’re doing it right, our numbers suggest you should be prepared to pay in the neighborhood of $8,800 for a deck build, though these projects can range anywhere from $4,000 for small builds on up to $30,000 if you pull out all the stops. And as for timelines, two weeks is the average project duration if you’re having a deck built in Beantown.

Few home improvement projects are smarter for Boston residents than replacing old windows with newer energy-efficient models. After all, if your furnace isn’t running constantly to keep you warm through the long winter, your A/C is probably running overtime trying to save you from Boston’s sticky, humid summers. With old windows, those appliances have to work around the clock just to maintain a comfortable environment. Replace old windows with new ones, however, and you’ll find that multiple glazings, low e-coatings, insulated frames, multiple panes, and gas fills can save you up to 30 percent to 40 percent on your energy costs year round. Despite the fact that the cost of replacing multiple windows is $5,700 for an average Boston home, those kind of energy-cost savings mean that your new windows will pay for themselves in no time.

Of course, the only way to get quotes specific to your individual home improvement project in Boston is to call in the pros. When you do, bring in at least three contractors in Boston to make bids on your potential project. That way you’ll have a range of prices and contractors to choose from, and you’ll be able to weed out the bad seeds and ensure that your first home improvement project of 2008 ends up going off without a hitch. 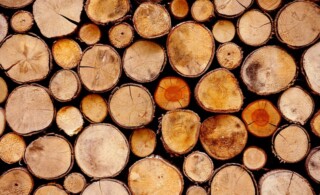 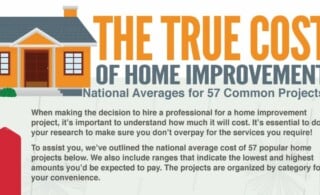 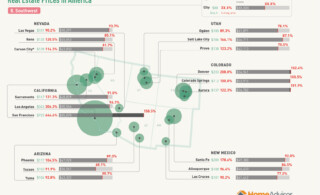