Costs for Popular Improvements in Philadelphia 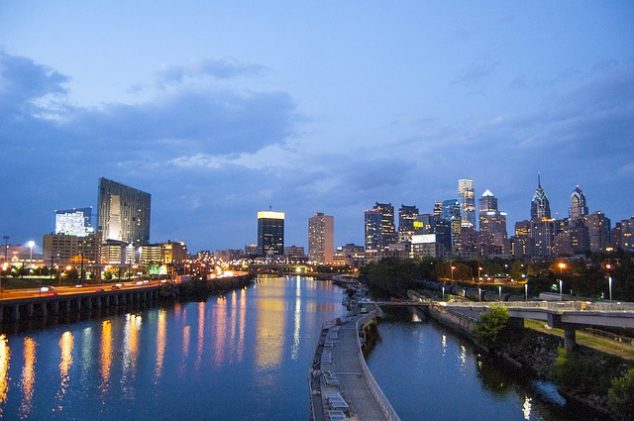 The list of things a homeowner can do to improve his or her property is seemingly endless. From something as small as planting a new tree in the backyard to a project as big as adding on additional rooms, everyone has an idea of what can be done to make a property “just right”. Though it is impossible to say which projects are universally the best, certain improvements are more popular with homeowners, and that popularity is not merely coincidence.

Kitchen remodeling could be considered the quintessential home improvement project. Especially for homes that are more than a few decades old, which Philadelphia has no lack of, updating a kitchen makes sense in several ways. Older kitchens are notorious for being cramped and having limited or inconvenient storage space. Additionally, plumbing and electrical wiring in an older kitchen is often not well-suited for the appliances and fixtures that have become the standards for modern households. By giving a kitchen an upgrade, not only will you create an easier and nicer environment to prepare food in, but you’ll be making your property as a whole more desirable to residents, visitors, or even potential buyers.

The average cost for a minor kitchen remodel is just under $19,000 and a major remodel will likely cost somewhere near $57,000. For both of these projects, the amount of money recovered in added market value is near 80 percent of the construction costs, making this a good financial investment as well as a good way to improve your home’s looks and function.

Bathroom remodels are also a sound investment in a historic city like Philadelphia. Most older homes have bathrooms that are small and poorly-arranged. In many cases, older bathrooms are fitted with piping that is too narrow or plumbing that has become narrow due to calcium deposit, which can cause problems with water pressure and temperature. Access to electrical outlets can also be an issue in classic bathrooms, along with storage issues, and fixtures that are just too old and worn to function properly or, in some cases, look good.

Bathroom remodels average about $14,000, though high-end jobs can cost $40,000 or more. A bathroom addition averages about $32,000 and generally recovers around 76% of construction costs, while a remodel often recovers closer to 84 percent. Americans spend a surprisingly large amount of time in the bathroom, so it makes sense that homes with spacious, well-functioning bathrooms won’t just have a higher market value, but will be more relaxing and enjoyable places to live as well.

If there’s one thing that any Pennsylvanian can appreciate, it’s a good finished basement. Not just the perfect place to hang out with friends and watch a game, a finished basement is naturally cool in the summer, and, of course, the perfect place for a bar or a pool table. Philadelphia basements that haven’t been given a facelift, on the other hand, are pretty good places to raise spiders, but hardly the sort of room you’re likely to entertain in. One of the best things about a basement remodel in any city is the fact that you get to add usable living space to your home without actually having to add on (a project that is both expensive and, in many cases, just not a feasible option due to property lines).

While a basement remodel is less expensive than an actual addition, it’s not the kind of project that you’d call “cheap”. On average, finishing a basement costs around $63,000, though, prices vary greatly depending on what you are planning on using the space for. If you’re looking to simply waterproof and brighten up the space for storage, your bill should be considerably less.

Asphalt shingles are the roofing material of choice in the Northeast for a few different reasons. They are easy and inexpensive to install, they provide insulation, and they hold up fairly well in cold and snowy conditions. There comes a time in the life of every asphalt roof, however, when the protection it provides becomes compromised. Shingles vary greatly in quality, so while some might last for 35 years without needing to be replaced, others may only last half that time. It’s a good idea to get regular roof inspections, especially if your roof was installed more than a decade ago. Inspections can identify small problems before they become big ones, and can end up saving you thousands of dollars in the long run.

A roof inspection is usually pretty inexpensive (a few hundred bucks at the very most), while the average cost of replacing an asphalt roof in Philadelphia is around $16,500. This is a far cry from the cost of many other home improvements, but is still nothing to scoff at, either. Roof inspection is best done in early spring in order to identify any damage that ice, snow, and freezing temperatures might have caused over the winter. Often, patches or minor repairs to asphalt shingles are well under $1,000 and can easily extend the life of your roof if performed before major leaks or other problems occur.

Putting vinyl siding on a Southeastern Pennsylvania house is one of the least expensive home improvement projects in the area. Vinyl siding is quick and easy to install, requires very little maintenance, and will change the look of your house dramatically. Though Philadelphians who are lucky enough to have brick clad houses might do better refurbishing the brick rather than covering it up, if you’re looking for a cost effective and desirable exterior for your home, vinyl should be high on the list of materials to consider.

Today’s vinyl siding is fade-resistant, dent-resistant, and never needs to be painted. On average, you pay a little under $10,000 to have their homes clad with vinyl, and, in most cases, will never have to worry about siding ever again.

There really is nothing like a fresh coat of paint to brighten up the outside of a house. Additionally, new exterior paint protects your home from moisture damage and can even raise property values as well. Doing the job right often involves doing a little sanding and scraping to get rid of any loose or chipped old paint, and a base coat or two before the final layer of paint is applied. Though maybe not the most interesting project in the world, a freshly painted home looks good in any setting and is a worthwhile endeavor for any property in need of a bit of a pick-me-up.

Costs for exterior painting vary greatly depending on who does the work, how large the house to be painted is, and the quality of paint you choose. While some smaller homes might be professionally painted for less than $2,000, painting a larger home with the highest quality paint, which is always recommended, as it will last longer and cost less in the long run, can easily cost over $5,000.

Installing a deck is a great project for anyone who wants to get the most out of those precious summer months. After the snow stops flying and the birds start chirping, there’s no better place to relax with a few friends and enjoy a nice evening outside than on your own deck. There are several different options available when it comes to deck building, and since Pennsylvania decks don’t have the luxury of staying indoors during rain, snow, and ice storms, it’s a good idea to spend a little more up front for a deck that will go the distance.

The average cost of building a deck is about $15,000. Of course, that price will fluctuate depending on the materials you use and the size of the deck. One of the more recent trends in deck building is using extremely tough tropical hardwoods such as Ipe in order to increase the deck’s life expectancy. Ipe is, in fact, so hard that it requires special tools to cut it, and needs to be pre-drilled before it is installed. No matter what kind of material you choose, be it composite, plastic, tropical, pine or anything else, make sure that you have a good idea of how long it will last, and employ any sealing or similar measures necessary to keep your deck at its best for the long haul.

Finally, we come to window replacement. This might just be the most cost-effective home improvement project you can do in Southeastern PA. Installing new windows not only looks good, but also increases the efficiency of your home as a whole. Old windows are notorious for allowing cold air to enter in the winter, letting warm air in during the summer, and basically raising energy costs and consumption all year around. Plus, they sometimes stick, or, even worse, don’t open at all. If you’re looking for a project that will increase the comfort of your home and save you money in the process, not to mention look good doing it, window replacement is for you.

To have windows replaced in Philadelphia, average costs are about $12,000 for wooden windows, and just under $11,000 for vinyl ones. Wood windows generally recover about 92 percent of their construction costs in added property value, while vinyl windows recoup a whopping 99 percent. Getting new windows is a sound investment in just about every way, and depending on the style you get, they may be easier to clean and never need to be painted, either. 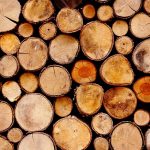 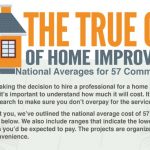 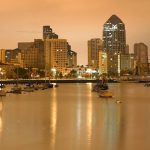 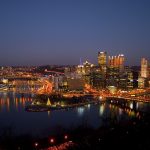