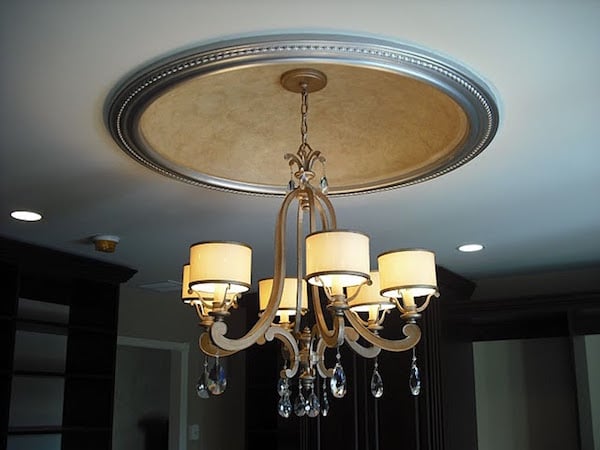 Accent Lighting:
Lighting used to accent or highlight a particular object and is four or five times the level of ambient light in an area.

American Wire Gauge (AWG) :
A standard measure representing the size of a wire (a larger number represents a smaller wire).

Ampacity:
The current a conductor can carry continuously.

Ampere:
A type of electric current that is produced by one volt applied across one ohm.

Analog:
A unit of measure that utilizes varying physical restrictions.

Arc Tube:
A tube enclosed by a glass made of clear quartz that contains an arc stream.

Ballast:
An electrical device used with fluorescent lamps to supply sufficient voltage to operate the lamp but also then limits the current during operation.

Ballast Cycling:
An adverse condition where the ballast turns a lamp on and off due to overheating.

Blower Doors:
Devices used to see how much air leaks through windows, doors, and other places in a house.

Brownout:
A reduction in power when the demand for electricity exceeds its generating ability.

Candlepower/Candela:
Unit of light intensity in a specific direction, measured in “Candelas.”

Cathode:
An electrode that emits electrons.

Cell:
A device that converts chemical energy into electrical current in a battery.

Circuit Breaker:
A device designed to open and close a circuit without causing damage to itself.

Circuit Extensions:
Items used to extend or add on to an existing circuit to provide an additional power source.

Colored Glass Filter:
Glass formed with the color in the glass as opposed being coated on the surface.

Color Temperature:
A measure of the color appearance of a light source often described with terms such as “warm” (orange) or “cool” (white).

Compact Fluorescent Lamp (CFL) :
A family of small fluorescent lamps made with a glass tube design and high color illumination.

Continuous Load:
A load who’s maximum current is expected to continue for 3 hours or more.

Contrast:
The relationship between the illumination of an object and its background.

Controller:
A device that serves to regulate the electric power delivered to a connected apparatus.

Cornice Lighting:
Light sources shielded by a panel parallel to the wall and attached to the ceiling.

Cove Lighting:
Light sources shielded by a recess and distribute light over the ceiling.

Current:
The flow of electricity measured in amperes.

Cut-off Angle:
The angle where a light fixture or other shielding device cuts off direct visibility of the lamp itself.

Daylight Compensation:
An energy-saving dimming system that reduces lamp output when in the presence of natural light.

Dimmer:
A device used to vary the brightness of lamps.

Diode:
An electronic semiconductor device that allows a current to flow in just one direction.

Direct Current (DC) :
Circuit allowing electrons to flow in only one direction.

Downlight:
A light fixture recessed into the ceiling and illuminates in a downward direction.

Electric Resistance Heating:
A type of heating system that generates heat by passing current through a conductor, often used in baseboard heating systems.

Energy:
The ability to do mechanical work; it is measured in kilowatt-hours.

Energy Efficiency Ratio (EER) :
The ratio of the cooling capacity of the air conditioner to the total electrical input in watts.

Fault:
A short circuit in an electrical system.

Filament:
A tungsten wire that lights when electric current runs through it.

Flexible Track Lighting System:
A low-voltage lighting system where the track holding the light fixture is able to bend.

Fluorescent Lamps:
Devices that produce light by passing electricity through a gas.

Foot-Candle:
The amount of light reaching an object.

Frequency:
The rate at which a current changes direction.

Glare:
A condition caused by light coming directly into the eye from a light source.

Ground:
A connection between an electrical circuit and the earth.

Halogen Lamp:
An incandescent lamp that contains halogen gases which slow the evaporation of the tungsten filament.

Hard Wired:
A light fixture permanently connected to an electrical source with a cord.

Hertz (Hz) :
The unit of frequency.

HID Lamp:
High Intensity Discharge lamps have a longer life and tend to provide more light than most light sources.

High Bay:
A type of lighting where the ceiling is 20 feet or higher.

High Output (HO) :
A lamp or ballast designed to operate at higher currents in order to produce more lumens.

High-Tech Troubleshooting:
A procedure used to identify any electrical problems.

Horsepower:
A unit of power equal to 746 watts.

Hot Restart/Hot Restrike:
The automatic restarting of a HID light source after a momentary loss in power.

Illuminance (Light Level) :
The light incident on a surface.

Infrared Cameras:
Cameras used to see any heat leaking out of a building.

Insulation:
Materials that have a high resistance to electrical currents.

Inverter:
A device that converts direct current into alternating current.

Ion:
A positively or negatively charged atom or molecule.

Find Pros
Joule:
A unit of energy equal to one watt for one second.

Kilovolt (kV) :
A unit of electrical potential equal to 1,000 volts.

Kilowatt-hour:
A unit of energy equal to one kilowatt for one hour; the typical unit used to measure energy and for billing customers.

Layers:
Layers of light in a given space that are created by several different kinds of lighting (a combination of task, general, ambient, and accent lighting systems, etc).

Life Cycle Cost:
Total costs associated with purchasing and operating a system over its lifetime.

Limit Switch:
A switch used to alter the electric circuit.

Liquid-Filled Transformer:
A transformer immersed in a liquid that acts as both a cooling and insulating method.

Live Parts:
Electric components that are uninsulated or exposed and are therefore hazardous.

Load:
The amount of power supplied by an electrical device.

Loadbreak:
Disconnecting a load without damage.

Load Center:
The source for all power to a structure.

Load Curve:
A way to plot the electronic demand versus time.

Load Switching:
Transferring a load from one source to another.

Louver:
A screen made of opaque material to minimize glare from a light source.

Low Voltage:
A wiring system that provides power to an electronic device operating on a voltage level lower than the standard 110 volts.

Lumen:
A unit of measure used to describe the amount of light a lamp emits.

Metal Enclosed/Metalclad:
A device that is surrounded by a metal casing.

Metal Halide:
A HID lamp where the light is produced by radiation of metal halide and mercury vapors.

Motors:
Electronic device used to move, switch, or adjust one or more of the systems within a dwelling.

Occupancy Sensor:
Control device that turns lights off after a space becomes unoccupied.

Opaque:
A material that does not transmit visible light.

Optics:
The components of a light fixture; the light emitting performance of a fixture.

Outlet:
Where a current is taken to supply something outside the wiring system.

Overload:
The excess of normal capacity that could cause damage due to overheating.

Overvoltage:
A voltage that is above the normal rated voltage for a circuit.

Pendant:
Lamps equipped with shades to avoid glare that are suspended from the ceiling.

Phase:
Classification of an AC circuit.

Photocell:
A light-sensing device that controls light fixtures and dimmers in response to detected light levels.

Power:
The rate at which energy is transferred.

Power Outage:
An interruption in power.

Preheat:
A ballast that uses a starter to heat up a fluorescent lamp before high voltage starts it.

Puncture:
A disruptive discharge that occurs in a solid dielectric.

Radio Frequency Interference (RFI) :
Interference to a radio frequency band caused by other high frequency equipment in the area.

Rapid Start:
A fluorescent system that does not require starters and emits light very quickly.

Rated Life:
The time at which half of a certain kind of lamp will burn out.

Reactive Power:
The product of voltage and current consumed by reactive loads.

Real (Active) Power:
The rate at which energy is transferred, often measured in watts or kilowatts.

Receptacles:
Power sources in a structure that provide electricity.

Reflector/Refractor:
The device on a light fixture that shrouds the lamp and redirects the light emitted from it.

Regulation:
The ballast’s ability to hold a constant output despite fluctuations in voltage.

Relay:
A device that switches a load on or off due to small changes in its current.

Resistor:
Anything that limits a current’s flow.

Find Pros
Sconce:
A light fixture attached to a wall.

Service:
Equipment used for delivering electric energy from a utility to a wiring system.

Series Gap:
Internal gap(s) where voltage is supposed to appear.

Series/Multiple:
The winding of two coils that are connected for series/multiple operation.

Spacing Criterion:
The maximum distance that interior fixtures may be spaced to ensure uniform illumination.

Specular:
A mirrored or polished surface.

Starter:
An electrical device used to start a fluorescent lamp.

Stroboscopic Effect:
When rotating machinery appears to be standing still due to the alternating current supplied to multiple light sources.

Switchboard:
A large assembly of panels mounted with protective devices.

Switches:
Circuit interruption devices that control the flow of electricity in the home.

Symmetric:
The normal flow of current.

Systems Capacity:
A system that has met a customer’s need.

Tap:
A connection made from outside the wiring system.

Tandem Wiring:
An option where a ballast is shared by two or more luminaries, thereby increasing efficiency.

Task Lighting:
Lighting that is specifically installed to illuminate an area where tasks are performed.

Track and Accent Lighting:
A lighting system that provides variable degrees of light in multiple directions.

Transfer Switch:
An electronic device that can disconnect from one power source in order to connect to another.

Transformer:
A device wherein electromagnetic induction transfers electrical energy from one circuit to another.

Translucent:
A material through which some light is transmitted but causes some distortion.

Troffer:
A recessed light fixture that uses fluorescent lamps and is installed flush with the ceiling.

Uninterruptible Power Supply:
A device that provides a constant output in spite of interruption.

Uplight:
Light directed from a light fixture at or above 90 degrees.

UV Radiation:
Light that is invisible to the eye.

Vapor-Tight Luminaire:
A light fixture that doesn’t allow water vapor or gas to enter its enclosure.

Volt:
An electrical flow that carries a current of one ampere.

Voltage Drop:
The loss of voltage due to electrical resistance of a wire and its light fixture.

Wall Grazing:
Dramatic light and shadow effects on a surface.

Wall Washing:
A special lighting method that produces an even level of light on a wall in order to reduce the surface’s texture.

Watt:
A unit of power equal to one ampere.

Wiring:
A distribution network conducting electricity throughout a building.

Whole-House Fan:
A fan used to ventilate an entire building.

Ready to start your electrical project? 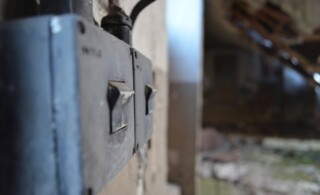 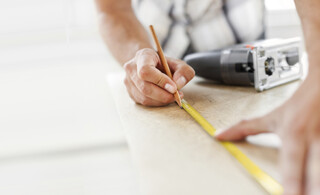 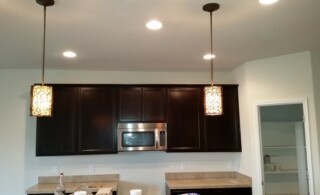 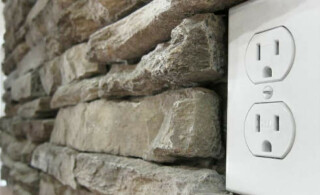