Going Green in Your Home 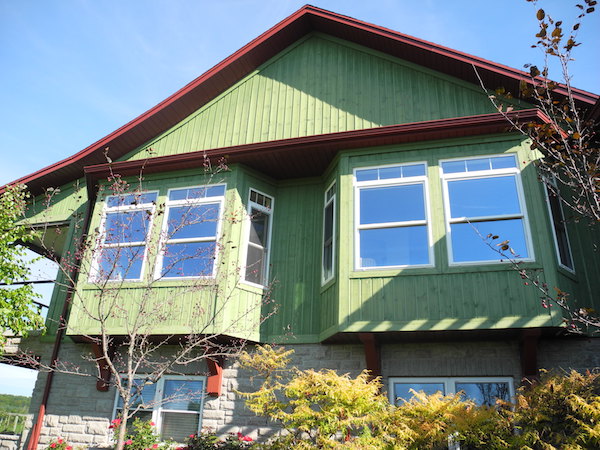 Modern society offers humanity many benefits, such as longer lifespans and unprecedented levels of comfort and leisure. However it also has a downside, in the form of pollution. Factories and power plants are major causes of pollution, but people’s homes also contribute to the problem. When homeowners and residents take action to reduce their own pollution footprint, this has far-reaching and positive consequences. For instance, reducing one’s energy usage means power plants don’t have to produce as much energy, which means a reduction in pollution. Adopting a green lifestyle at home is thus an important part of the global drive to protect the environment.

HVAC systems account for almost half the energy usage in the home. Placing trees to provide shade over air conditioners installed outside will help them to run cooler and use less energy, plus it will help them last longer. Proper maintenance will keep them running at peak efficiency as well. Weather stripping windows and doors will provide insulation and reduce the need for heating or air conditioning. Wearing thicker socks and clothes during the winter, as well as using house fans and ceiling fans in the summer, may also save electricity by reducing the need to turn on climate control systems. Tall trees can cool the home during the summer by providing shade. Programmable thermostats are highly effective in conserving electricity because they can be used to run air conditioning and heating systems only when they are truly needed.

Appliances can be some of the greatest culprits when it comes to energy consumption, especially the refrigerator, which is considered the largest consumer of energy in the home. One sure way to go green when it comes to appliances is to purchase Energy Star qualified items. These are appliances that meet energy savings standards set by the Environmental Protection Agency and the Department of Energy. They have been third-party tested and certified to ensure that they are providing the energy savings that they claim. In addition to choosing Energy Star products, it is also necessary to make the right choices before purchasing a product. For example, people should consider choosing refrigerators that have freezers on top or replacing conventional stoves with electric-induction cook tops, which use half the energy. Tankless water heaters are more energy-efficient than traditional water heaters.

The flooring in one’s home can be anything but “green,” particularly when it comes to carpeting. The padding of a carpet can be made using petroleum, which is not renewable and consumes a significant amount of energy. In addition, old carpeting that is no longer in use ends up in the nation’s landfills. When installing new flooring, people can make wise decisions on the type of flooring materials that they use. Popular green flooring solutions include bamboo, cork, stone, hardwood, ceramic tile, and linoleum. If carpeting is one’s preference, there are some options that can help make it more eco-friendly. Look for carpeting that carries the Green Label or the Green Label Plus from the Carpet and Rug Institute. This is meant to signal consumers that they are considering carpeting with the lowest possible emissions at the time of purchase. Another option is to purchase recycled tile.

The vast majority of electricity production is achieved by the use of fossil fuels such as coal and oil, which are major sources of pollution. Because of this, conserving electricity also means reducing the amount of air and water pollution that power plants must generate. One of the simplest and most effective ways to save energy is to turn off lights in unoccupied rooms, and to let the sun light the room during the day. Turning off televisions and computers that aren’t being used is another way to use less electricity. Because one of the single biggest users of electricity is the refrigerator, cleaning its coils and fixing faulty refrigerator seals is an important part of a household’s plan for saving energy. How a person uses his or her appliances also makes a difference. For example, using microwaves instead of ovens can result in an 80 percent reduction in energy usage.

While 75 percent of the earth’s surface is water, only one percent of that water is drinkable. The best way to avoid shortages is to avoid wasting water in the first place. Repairing leaking pipes and faucets is one of the most effective ways to conserve water around the house. Using drip irrigation to water one’s lawn is another major conservation tactic. Installing low-flow toilets, faucets and shower heads also saves water. Showers use less water than baths, and shorter showers offer an even greater savings. Front-loading clothes washers save up to half the water that is used by top-loading appliances, while Energy Star-rated dishwashers use less water than washing them by hand.

When people recycle it benefits the environment in a number of ways. One of the most obvious ways is that it reduces the amount of trash that ends up sitting in landfills. In addition, materials that sit in landfills may also pollute the land and water by releasing gas into the atmosphere as it decomposes or leaching chemicals that make their way into the water. It also saves energy as recycling materials costs less than using new materials. To start recycling at home, people should familiarize themselves with what items can and cannot be recycled. For example, items made of paper and certain plastics are typically recyclable. Metals in the form of aluminum cans and aluminum foil may also be recycled. People should keep recycle bins in the kitchen and other areas where recyclable items may be thrown away. These containers are taken to the curbside on a designated day in which they are collected. These, and certain other items, such as batteries, and electronics can be taken to most recycling centers.

Composting, or the recycling of organic matter into soil and fertilizer products, offers a variety of environmental benefits. These include providing nutrients for plants to grow, increasing plants’ resistance to disease, preventing soil erosion, and in some cases it is also a natural pesticide. In addition, composting reduces the need for commercial fertilizers that might leech into the water supply, and it also recycles materials that would otherwise end up in a landfill. One of the most important items to use for composting is a compost bin. This stores all of the materials that go into composting, such as plant matter. A compost bin should contain a mixture of green materials, such as leaves, vegetables and fruit scraps, manure from animals like chickens or rabbits, and dead plants. Paper towels, coffee grounds, cardboard, sawdust, and even eggshells are useful for mixing into a compost heap. The combined material should be routinely turned and checked to ensure it is warmer than the temperature of the air. If it is not, then it will be necessary to add more plant matter and manure to the pile in order to aid the process of decomposition.

With a lifespan measured in billions of years, the sun is an endless supplier of energy to the Earth. Every hour the sun bathes the planet’s surface in more energy than all the world’s power plants can produce in a year. Solar panels are human-made power plants that harness energy from the sun to turn into electricity without burning any fossil fuels to do so. Getting the most benefit out of solar panels, however, requires careful planning. When tree cover around the house is heavy, the best place to install panels is on the rooftop. In the northern hemisphere of Earth, rooftop solar panels collect the most energy when they are facing due south. In the southern hemisphere, they are the most efficient when they face due north. Solar panels in the yard can also be mounted on devices that move the panels to track the movement of the sun. These are called tracking panels. 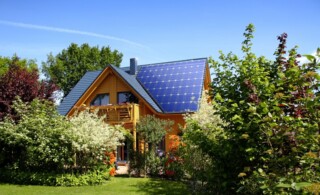 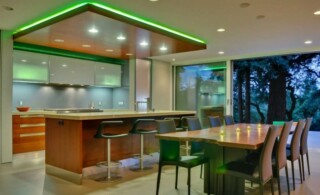 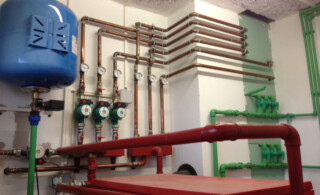