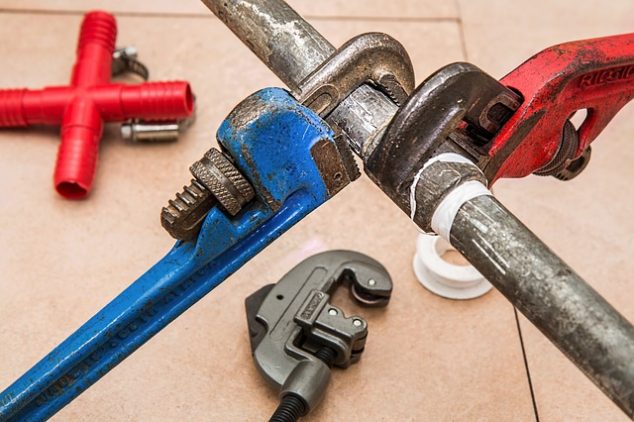 Plumbing as an invention is painfully under-appreciated. It’s hardly given notice in day-to-day life (except when the toilet plugs up or a pipe leaks), and yet it is the primary method through which modern households get their water and maintain homes free from sewage. Water supply and sanitation has been a concern since the first organized civilizations. The Indus Valley Civilization developed flushing toilets, along with a working sewer system, as early as 3000 BC to deal with the issues of waste disposal and indoor sanitation. Those who failed to develop effective sewage systems found themselves prone to disease. The Black Death of 1348 ravaged England in part because conditions were ideal for infection, with sewage openly flowing in the streets. Indoor plumbing eventually caught on in Europe and early America in the 1800s, but effective plumbing systems flourished in many early cultures and cities across the world prior to that point.

One of the earliest examples of plumbing comes from the island of Crete, off the coast of Greece. This little island was the birthplace of the Minoan civilization in 2700 BC. The Minoans used clay pipes to transport water and developed a drainage system, working with the natural gradations of the terrain, to manage sewage and water overflow. It is ancient Rome, however, that is to thank for the invention of sophisticated plumbing as well as the word “plumbing” itself – the Latin word “plumbus” means “lead,” which was the material used to make underground water pipes. By 52 AD, Rome had 220 miles of aqueducts servicing the city. These aqueducts brought in fresh water to the city, which was used for public bathing, fountains, and latrines. The waste water was then removed by the city’s sewage system – some of which, like the Cloaca Maxima, is still in use today. The Italian town of Pompeii had similar plumbing systems. There were toilets, private and public baths, and roof gutters that collected rainwater. Even the Mayans, on the other side of the world, had pressurized water, which was available to inhabitants of Palenque, Mexico.

In the Middle East, plumbing systems developed similarly quickly and with brilliant execution. Persians used a series of qanats – ground shafts connected by tunnels – to store and transport water. The beautiful stone-carved city of Petra relied heavily on a system of cisterns and waterways to supply its desert inhabitants with fresh water. The ceramic pipes that carried the water were connected only by bell and spigot joints. Somewhat surprisingly, sanitation in Europe in the Middle Ages was comparatively primitive. Peasants relied on latrines or buckets for waste disposal, while those fortunate enough to reside in castles expelled their waste through a simple plumbing system that dumped sewage outside the castle walls. The first sewer system in France was built in the 1200s, but it consisted of large gutters in the streets that openly carried sewage.

In America, indoor plumbing and sewage disposal wasn’t introduced until the 1800s. Up until then, people relied heavily on chamber pots and outdoor privies to contain sewage, and water came only in the forms of a well or rainwater collection. That all changed in 1829, when Isaiah Rogers built the Tremont Hotel in Boston, which was the first such establishment with indoor plumbing and utilized the steam pump to raise water to the higher levels of the building. Sanitary sewers were introduced in 1845, but it wasn’t until 1874 that venting was created to dispose of sewer gas. Once the trouble of sewage management had been dealt with, indoor plumbing in America (complete with flushing toilets) developed naturally over time.

Plumbing continues to grow and evolve today. As mankind continues to explore space, new systems will have to be developed to transport water and sewage through a weightless environment. Astronauts have to use toilets specially equipped with fans to pull waste into containers. However, cities in space are still, for the time being, a product of science fiction. Here on Earth, plumbing systems around the world continue to use the same principles developed several thousand years ago to ensure that cities are safe, sanitary, and enjoyable places in which to live.


Need to find a pro for your Plumbing Project? 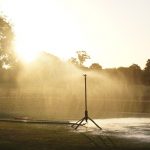 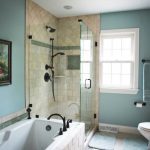 Why Doesn’t My Hot Water Last When I Shower? 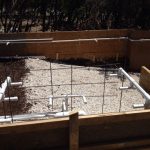 Plumbing 101 for the Home

Repairing Water Damage – Who to Call 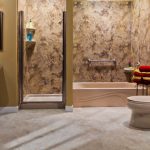