A History of Illinois in the Civil War 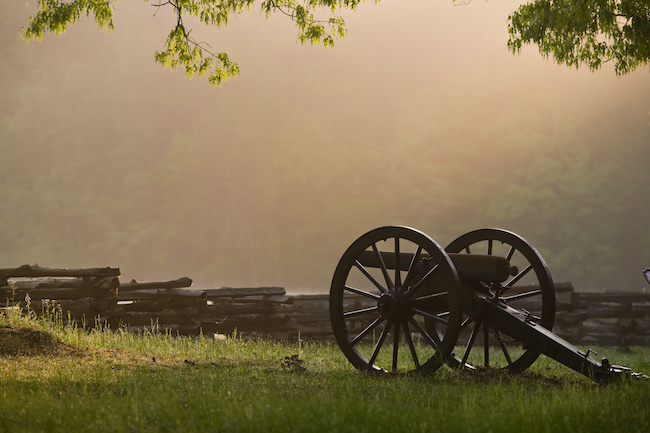 Illinois may not be able to claim fame as the location of famous Civil War battles, but this state was active in its contributions to the Civil War efforts. Illinois was responsible for providing more troops to the Union army than any other state. The city of Cairo, Illinois, is the city that occupies the southernmost location in the state, and this made the city of Cairo important as a staging area for organizing troops and materials that moved via nearby waterways.

Abraham Lincoln and Stephen A. Douglas were opponents in the 1858 race for U.S. Senate. As the two men campaigned, they participated in debates, held in seven different towns in Illinois. These debates attracted the attention of the entire nation. Douglas prevailed in the election, but Lincoln became well-known throughout the country. This notoriety was instrumental in his future election to the office of president of the United States.

Southern Illinois, with its close proximity to the southern part of the country, had a significant population of first- and second-generation southerners. This group of people tended to have Democratic leanings and an opposition to the war. Because of these cultural issues, the Civil War was the catalyst of problems in this region. Many men from this area left home to join the Union army, but some chose to join the South instead.

The state of Illinois as a whole took great pride in Lincoln because he was born in this state. Illinois supplied more than 250,000 men to the Union army. This state was also active in weapons manufacturing and the supply of iron products. Additionally, Illinois’ vast farmland made it possible for the state to supply both grain and meat for the Union.

The 31st Regiment of the Illinois Volunteer Infantry was mainly comprised of volunteer recruits from Southern Illinois. This group fought in battles to remove Confederate soldiers from Missouri and Kentucky. Col. John A. Logan, a congressman from Illinois, was the leader of the 31st Regiment. Logan and his regiment were alongside Gen. Ulysses S. Grant in various battles, including Vicksburg. Eventually, Logan received a promotion to the rank of general. He and the 31st Regiment were present in eight major battles, one of which was the infamous Sherman advance on Atlanta. Southern Illinois was also the location of the building and refitting of river gun boats and various other support craft used in Civil War battles. Docks in Mound City, located on the Ohio River, served this purpose. Mound City is also the location of a national cemetery, with 4,800 Civil War veterans resting there.

Some residents of Illinois were vociferously against the Union war effort. These people had the nickname of “Copperheads” because they had a reputation for swift and deadly violence. Copperheads often worked in gangs to commit various crimes. Southern Illinois residents actually succeeded in driving out a Copperhead gang, the Clingman gang, from the state.

Civil War solders are buried in Woodlawn Cemetery, located in Carbondale, Illinois. At the end of the war, people brought flowers to the cemetery to decorate the graves of the soldiers. Some local dignitaries and a local clergyman were present at this ceremony. Logan was also there, participating in the ceremony. At the time, the citizens did not realize it, but this was the initial organized observance of the modern Memorial Day holiday. In 1868, as the national commander of the Grand Army of the Republic, Logan called for all GAR posts to observe a day of remembrance on May 30. This observance eventually became Memorial Day.

After the Civil War, blacks began moving north to find work and new lives. Many of them moved through Cairo, Illinois. Unfortunately, life in the north was not what the former slaves had hoped. Without work and money to support themselves, they were forced to go back to the south. Many of them became sharecroppers. Public education became a priority after the Civil War. The Illinois General Assembly passed legislation to fund advanced education of public school teachers. Part of this legislation involved the creation of a learning institution, called the Southern Illinois Normal University at Carbondale. This institution achieved full university status, also developing a reputation as an institution of research. In 1947, the school became the Southern Illinois University.

Southern Illinois is also rich in raw materials, often used today by home remodeling and home plumbing companies, and these helped the state to rebound after the ravages of the Civil War. Clay in abundance in this region has been used to make bricks for building construction. The state of Illinois exported bricks in large amounts during the 1870s. The building of the Panama Canal even included bricks made in Illinois. Fluorite is a crystallized mineral in abundance in southern Illinois. Mines of fluorspar produced materials used for making both glass and steel before the Civil War. In 1810, in Murphysboro, Illinois, commercial coal mining began. This industry quickly became strong in southern Illinois. But problems between miners and mine owners resulted in a number of feuds in the late 1800s and early 1900s.