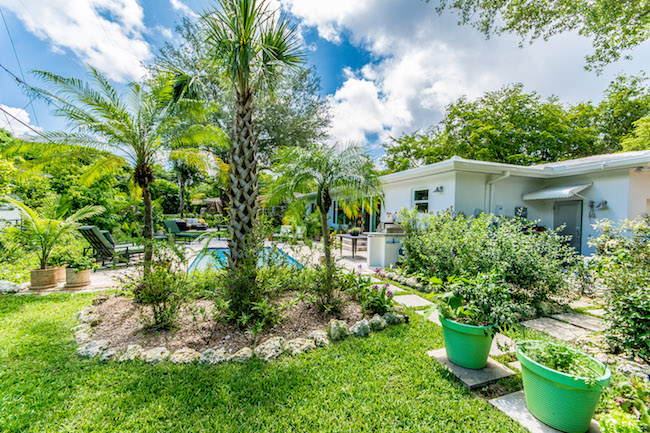 Accent: The use of a plant or object to draw attention to a specific place or area.

Acidic Soil: Soil with a PH level of less than 7.0.

Alkaline Soil: Soil having a PH level of more than 7.0.

Alternate: Leaves, shoots or a single bud that occur at the plant node.

Annual: Flowering plants that last only one season.

Arbor: An open framework designed to offer shade and a resting place in a garden. Arbors are often made of rustic wood or latticework that also serve as a trellis on which climbing plants can grow.

Arcade: A series of arches that form a walkway with a ceiling. Most often formed by rows of trees, but can also be formed by other plants or be man-made.

Belvedere: Any structure, such as a gazebo or other roofed edifice, that provides a good view of the landscape.

Branch Collar: A branch collar is the thick ring that forms at the bottom of a branch.

Bud: A condensed shoot that contains a leaf or flower.

Biennial: A plants that grows for one year without flowering, then produces flowers/fruits in the second year before dying.

Cabinet: A hedged enclosure at the end of a walkway or path.

Cascade: A fall of water over rocks or steps, often accentuated with an arch.

Compost: Rich, nutrient filled soil formed by decaying organic matter. Used as an additive to gardens and beds and when planting trees and shrubs to enrich pre-existing soil.

Deciduous Trees and Shrubs: Trees and shrubs that shed their leaves/foliage in the fall.

Decking: The construction of decks out of wood or composite materials to create a recreational area.

Defoliation: The loss of leaves from trees and shrubs.

Drip Irrigation: A low pressure irrigation system in which nozzles are placed at the base of plants and water is applied very slowly (hence “drip” irrigation!). A highly efficient watering system both in terms of water and energy use.

Dormancy: The temporary cession of growth during winter seasons.

Edging: The use of strong lines of division to accentuate the separation of one area from another in a landscape.

Evergreen: Plants that remain green throughout the year.

Espalier: A series of fruit trees formed into a hedge by training them on a framework of lines and stakes.

Frost Line: The layer of soil that freezes during winter season.

Ground Cover: Ground covers are plants that grow horizontal to the ground. Ground cover is often the best solution for shady and high traffic areas.

Herbaceous: Plants that have soft rather than woody tissue.

Harmony: A pleasing combination of all the elements present in the landscape.

Hybrid: A plant that is result of crossing two different plant species.

Island Bed: Flowering beds that are set apart from the landscape surrounding them.

Impervious: Soil that has become tightly packed because of foot traffic, construction etc.

Landscaping Fabric: A synthetic landscaping material that blocks out sun, soil and weeds, but allows water to pass through.

Limestone: A soil additive used to increase the PH level of the soil.

Mulch: Mulch is a layer of either in-organic or organic material used to control weeds and increase water retention.

Multi-stemmed: Plants that have several main stems growing out of the ground.

Node: Node is a point on the stem from which leaves, shoots or flowers arise.

Perennial: Any flowering plant that returns year after year, as opposed to annuals which die after one season.

Pruning: The process of controlling the growth of a plant or tree to give it a pleasing shape, to maintain its health, encourage growth and optimize space.

Rotunda: Any circular, domed building. Often used in landscaping to create a shaded area suitable for rest and relaxation.

Stacking: The process to supporting a tree using ropes or wooden stacks to hold it in place.

Terracing: The process of building walls to hold the soil in place on a sloped landscape.

Topiary: A garden where plants or shrubs are shaped and trimmed into geometric or animal forms.

Variegated Leaves: Leaves that have different patters and colors.

Xeriscape: landscaping that is designed specifically for areas that are susceptible to drought, or for areas where water conservation is practiced. 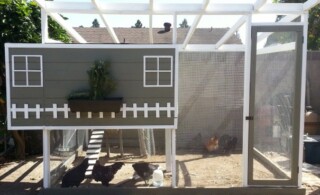 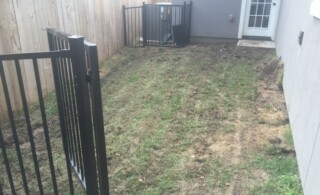 Plan Ahead for a Better Yard 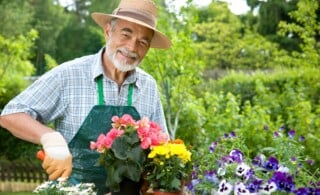 How to Hire a Gardener for Your Lawn and Garden 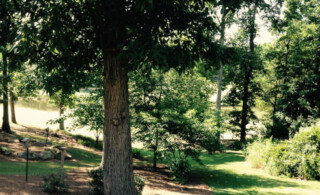 What Should I Do With My Shade Trees After a Storm?

Plan Ahead for a Better Yard

How to Hire a Gardener for Your Lawn and Garden

What Should I Do With My Shade Trees After a Storm?
Compare quotes from local pros Compare Quotes