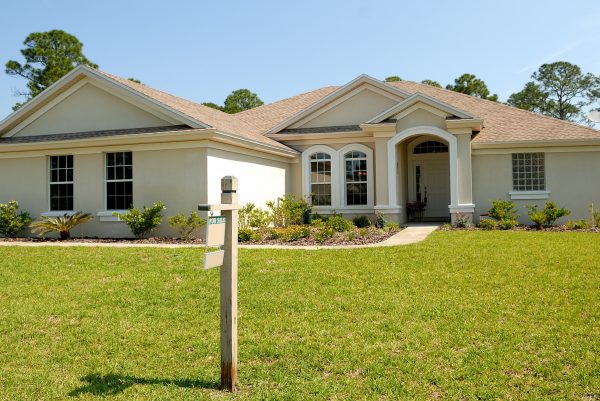 New data on existing home sales just out from the National Association of Realtors (NAR) for June show that sales volume was once again down from the prior month (at 5.38 million, which was lower than 5.45 million expected by the consensus), and the estimate from the prior month was revised downward.

Sales volume has fallen year-over-year for three straight months. NAR revised the number downward for the prior month, so the reading is even weaker.

This isn’t a collapse, but it’s a pattern. We passed an inflection point in the existing home sales data in early 2017, shifting from a rising trend to a declining one.

Sales are Declining, Yet Demand is Booming.

Lawrence Yun, the NAR economist, said: “What is for sale in most areas is going under contract very fast and in many cases, has multiple offers. This dynamic is keeping home price growth elevated, pricing out would-be buyers and ultimately slowing sales.”

Multiple offers means higher prices. The median existing-home price was $276,900, an all-time high, and up 5.2 percent from a year ago. June’s price increase marks the 76th straight month of year-over-year gains, according to NAR.

This is the key to the new pattern; not enough for-sale supply plus strong demand equals declining sales. And it also means record home prices.

There are three key inter-related trends at work here:

The shortage of homes for sale relative to demand has led to competitive bidding among prospective buyers. This is driving prices out of reach for many and forcing would-be buyers to examine other options. If they can’t find what they want in the marketplace, and if they don’t need to move to a different location, many will choose to remodel, expand, or update the home they have.

HomeAdvisor’s latest study, True Cost Report 2018, shows that people who are looking to move to a different home are doing so for reasons of aesthetics and space rather than the need to move due to work. To the extent that they don’t have a ‘mandate’ to move, they can have their needs met through remodeling, conversions, or additions. This is one reason why 82 percent of millennials, 70 percent of Gen Xers and 60 percent of baby boomers anticipate spending as much or more on home projects in the next twelve months than they did in the prior year.

As mortgage rates continue to move higher, this trend of people staying put and remodeling will intensify. The reason: people with a locked-in 3%-4% mortgage rate will be reluctant to give up that low rate to move (and get a new mortgage at a higher rate) once rates get up to 5.5%-6.0%.

Supplies are tight in nearly every part of the country. California has some of the tightest supplies, with less than a one-month supply reported recently in San Francisco and San Jose, and close to one months’ worth of inventory in Salt Lake City, Seattle, and Stockton. Even in the areas with the highest months-of-supply figures, such as Bridgeport, El Paso, New Haven, Virginia Beach, and Scranton, the numbers are fairly tight. See the new report by the Harvard Joint Center for Housing Studies, called The State of the Nation’s Housing 2018, for more on this topic.

The Battle: Home Prices Versus Incomes

Home prices in most of the country are out of line with local incomes. Half of the large metro areas around the country now have home prices that are back to 2006/2007 boom levels again. Dallas, Denver, and Seattle, for example, have prices above boom levels even after backing out inflation.

Homebuyers’ incomes have not kept up. The State of the Nation’s Housing report includes an analysis of the ratio of home price to income. They show that the price of a typical existing home sold in 2017 was more than 4X the median income. A third of markets have price-to-income ratios above 4.0, including five with ratios above 8.0. The highest are:

On an optimistic note, an additional factor that has been holding back demand is the fact that many people had a foreclosure during the downturn (mostly between 2008 and 2013), and that has mostly prevented them from getting a new mortgage since. The black mark eventually falls off of your credit record, though. At this point, a large number of those people are now able to get a mortgage again, and even more will be able to in the next few years.