Home shoppers around the country are frustrated.

There aren’t enough homes for sale that meet their needs, and those that are available are often the subject of high price bidding wars.

It’s no wonder that so many homeowners – Baby Boomers in particular — are finding it more sensible to stay in their current home and improve it.

But most homeowners aren’t just taking on small improvements, they’re taking on big remodeling jobs that lead to lifestyle upgrades – redoing entire kitchens and bathrooms, building decks, porches and garages, or even an entire addition.

And according to the 2017 True Cost Report, homeowners are only planning for more: nearly two-thirds of homeowners plan to spend the same amount or more on home improvement projects this year, than they did in 2016.

These four articles will get you up to speed on the trends that are keeping housing inventory at such astonishingly low levels, and why remodeling may be just as good – or better – than moving into a new place.

“…[S]uch a lean supply over a similar time frame has never been recorded in about two decades of data,” Bloomberg wrote earlier this year.”

Between low rates of homebuilding and less conviction among homeowners that it’s a good time to sell, Bloomberg illustrates four issues (plus, one from yours truly) that have the most powerful impact on the nation’s housing inventory shortage.

Here’s a quick recap of those:

The most significant factor in this? The shortfall of new construction. New home demand runs at about 1.5 million homes a year, but only 1.2 million housing units (not including mobile homes) are being built. This leads to both a runup in home prices, and a boom in homeowner spending on remodeling and improvement.

“Many Americans are electing to stay put rather than trade up because the inventory of affordable homes is so small.”

This Wall Street Journal piece not only discusses the shortage, it also delves into what homeowners are doing because of it (spoiler alert: many are staying put and spending their dollars on remodeling).

For instance, if one is “tired of the house” or doesn’t have enough storage, that homeowner is more likely to add new paint, flooring and appliances, expand closets or build an addition instead of moving.

“What I can afford to buy really isn’t that exciting, so I’d rather stay put and add on to my existing home, knock out that wall, put in that new kitchen.”

The NPR podcast, hosted by Tom Ashbrook, discusses with homeowners and experts the problems raised by the housing inventory shortage, by high home prices, and what this means for remodelers.

Much of the conversation surrounds home shoppers feeling frustrated by a gravely low level of inventory – or less choice at higher prices — resulting in bidding wars in the hottest metro areas.

It’s no wonder so many homeowners are deciding to stay put and transform their current house into one that feels fresh, rather than sell and start from scratch. 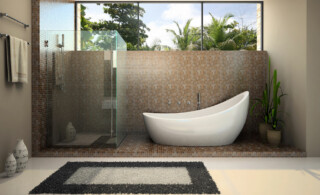 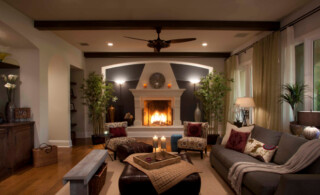 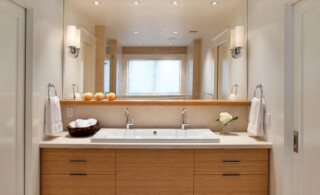 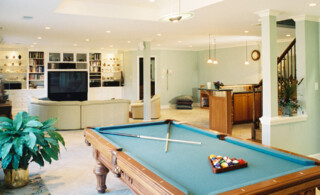