Storm Shelters Give Respite from The Storm 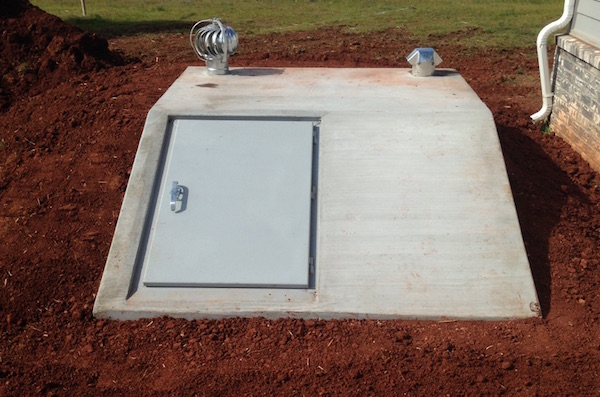 Safe Rooms are underground structures built to provide a safe haven from severe weather conditions. These shelters, along with reinforced, above ground safe rooms, are often the difference between life and death in the event of a tornado or severe tropical storm. This fact alone makes this a home improvement addition well worth the money and time spent, especially if you live in an area of the country where severe weather is a threat.

Why Storm Shelters Save Lives

Custom built underground and above ground storm shelters are far and away the best way to protect you and your family from the dangers that come with a severe weather event. Tornadoes and hurricanes carry with them a number of dangers, almost all associated with wind. To put it bluntly, few houses are constructed to withstand the wind speeds these storms generate. They can tear apart houses and cave in walls, and the flying debris, referred to as “missiles,” generated from these storms can rip through a house like a hot knife through butter.

Common storm safety strategies suggest that you hide in a closet, hallway, stairway, or basement to ride out the storm if you don’t have a proper shelter. But closets, stairways and hallways are just a fragile wall or two away from the elements, and while basements are by far the better option here, they can be a death trap if a storm is strong enough to cave a house in altogether. The only true safe havens are properly built shelter.

The more traditional haven from tornadoes and hurricanes is a storm shelter. Dug into the ground near or as an extension of an existing house, these shelters typically consist of an underground room bolstered by concrete reinforced walls and heavy entrance doors. This style of shelter is the preferred one in tornado alley as there really is no better place to retreat from the dangers of a major weather system than below ground where high winds can’t reach your family. Furthermore, because most of the storm cellar are removed from the main living structure, the danger of debris blocking the entryway and trapping the people inside is minimal. If you are having one built, however, don’t put it too far away from the house. Tornadoes hit quickly and without warning, and you don’t want to be trapped inside the house because your cellar is too far away to safely reach.

Ready to start your storm shelter?

For a number of reasons, underground shelters have been giving ground to the concept of the safe room in the past number of years. For one, coastal areas often don’t permit underground construction because of high water-tables and the like, making safe rooms an attractive alternative to those whose main threat comes from storms rolling in off the ocean. Also, many people like the idea of having their storm shelter closer and more easily accessible than a storm cellar that is removed from the house.

Safe rooms, on the other hand, can be incorporated into the home itself and often serve as walk-in closets or bathrooms when they aren’t being used as protection. And from a safety standpoint, there really is no difference. Like a storm cellar, a safe room utilizes a windowless design with concrete reinforced walls to protect those inside, and they have proved their worth both in tornado and hurricane-prone areas.

Regardless of which storm shelter design you prefer, don’t waste any time getting it built. The safety of you and your loved ones is too valuable to take chances. Protect them from the dangers of extreme weather by contacting an experienced contractor and get construction on your safe haven underway.

Ready to start your storm shelter? 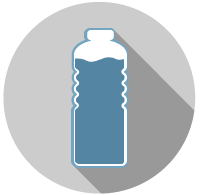 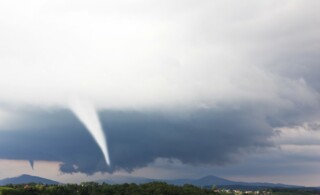 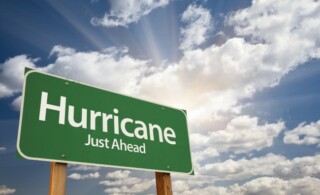