To be sure, the distinction between to the two terms for shutters is flimsy, but there is a subtle difference. Given the hurricane seasons we’ve had recently, it stands to reason that more hurricane shutters will find their way onto coastal homes this season than ever before.

The Reason for Storm Shutters

The cut and dried reason is to protect your windows and doors from breaking during a storm. The worst thing that can happen during a hurricane is to only have one window break. Imagine 90mph winds forcing their way into your home through one window and having no where to go. This is how roofs get blown off, followed shortly by the collapse of the rest of the house.

Need to find a pro for your Storm Shutters?

Colonial: The colonial charm has permeated housing style to a greater degree than any other architectural style. Colonial homes have shutters, whether decorative or functional, because they were within hurricane range even long ago. These days, many homes have decorative shutters. Many homes don’t even look right without some type of shutter on either side of every window.

Bahama: These types typically open with a propped stick since the Caribbean sees some amount of rain every day. At first glance, they can closely resemble Colonial shutters, but their form-fitting nature often tattles on them.

Accordion: This type of shutter is seamless and pulls across a window or door. This type is no better or worse. It’s just different.

Rolling Shutters: This is a smart way to hide your shutters during the off season. These can roll out and back in like retractable awnings.

Because of the advance in the field of shutters and the fact that most of the year you aren’t using your shutters, they can be just as stylish as they are viable. But no matter what the style, protecting your home from a devastating storm is the highest priority. 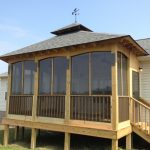 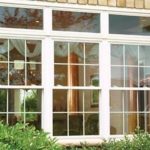 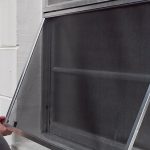 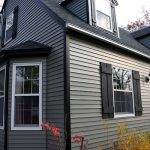 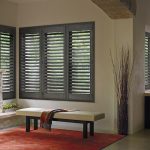