A Visual Compendium of Sitcom Sofas

The sofa, as television producers have long known, is the perfect sitcom prop. It can form the center of a studio stage, symbolize family values, or create a mirror image of the viewer at home. In some sitcoms, the sofa is so important that it is a star in its own right.

The classic sitcom sofa is both welcoming and stylish. It is the anchor for the characters and the audience, just as your own sofa anchors your family through each episode of your daily life. So why not turn to infamous sitcom sofas when looking for inspiration for your next couch?

We’ve created the ultimate sitcom sofa compendium to help you make your choice. The rich variety of the natural world has nothing on the diverse offerings of sitcom sofas. Each couch has evolved with a purpose, however baffling, and reveals underlying truths about its characters’ deep prehistory.

Check out the sofas of Seinfeld, for example. For much of the show, Jerry enjoys a softly-furnished, grey-blue sofa that compliments his lifestyle of hanging out with friends and eating cereal. Kramer, on the other hand, enjoys a vintage fainting couch that is as stylish, lived-in and melodramatic as Kramer himself.

Over eleven years of Frasier, personal space was an important issue for our misanthropic anti-heroes – and so was personal taste. Frasier’s talking piece was a replica of a sofa Coco Chanel kept in her Paris atelier – the show’s producers spent $15,000 just to get it recovered with Italian suede. It made for a pointed contrast with Martin’s comfy recliner, which was recovered in gaudy 1970s textiles and tape to give it that only-a-father-could-love-it look.

Cartoon sitcoms also get a look in. The Simpsons’ couch famously gets its own scene every week, despite its inconspicuous design. It’s a sturdy, wine-resistant red three-seater with a lot of stories to tell. Crazy Rick and Morty’s sofa is relatively unadventurous, a standard Lawson sofa in light green, which may be why the characters had a guest appearance crash-landing into one of the Simpsons’ couch gags.

Never mind those seasonal sofa commercials, you can get all the inspiration you need for your new couch from the zany world of television sitcoms. Which one makes you smile? 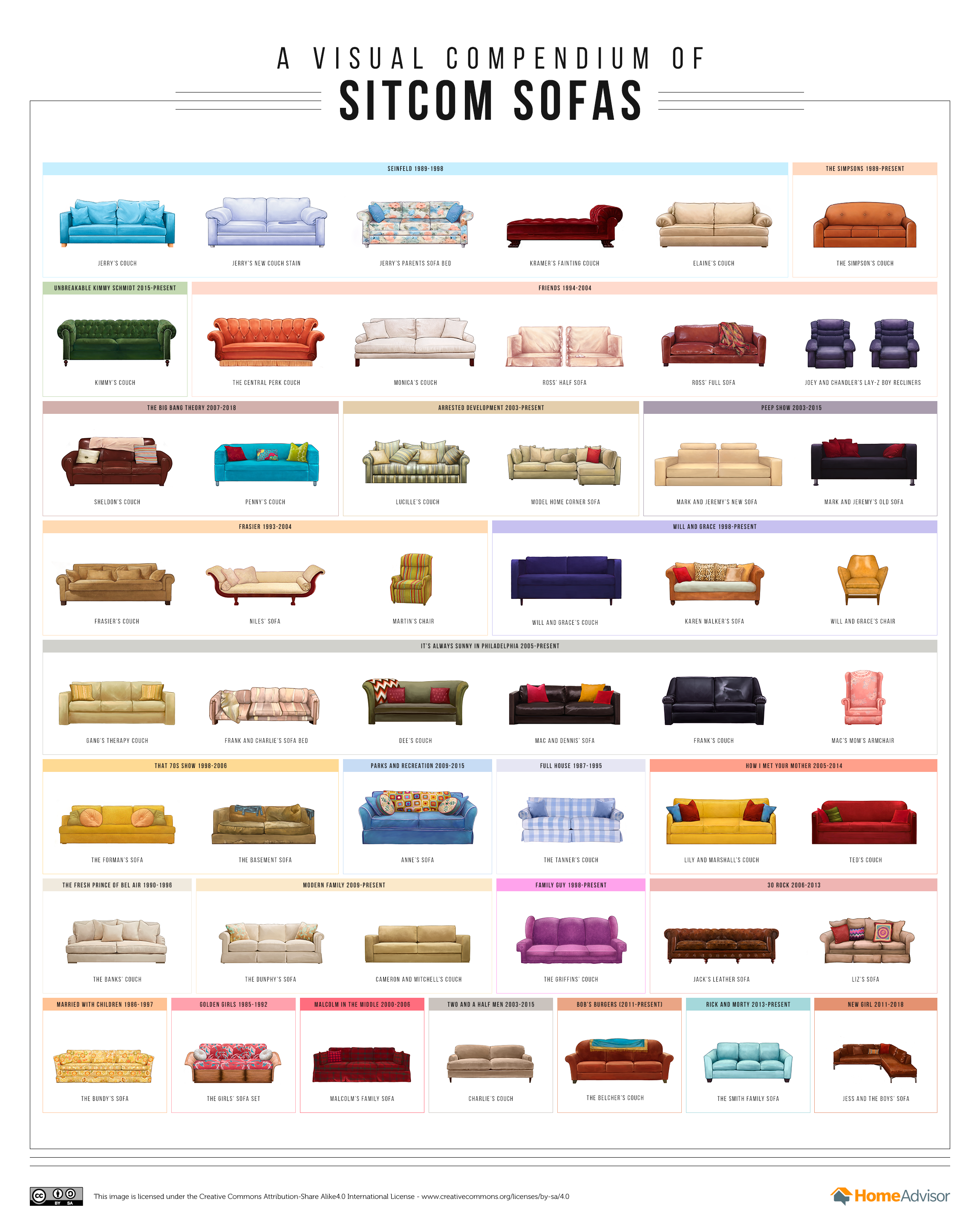